This Is How Congress Can Reduce Obamacare Premiums 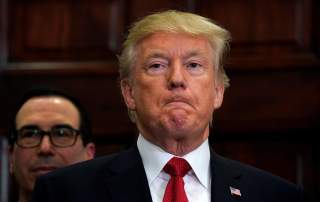 In 2019, Obamacare premiums are poised to become even more expensive. New York, Washington state, and Maryland are requesting to raise their rates for the individual market by an average of 24 percent, 19 percent, and 30 percent respectively. Nationwide, the Congressional Budget Office predicts premiums will increase an average of 15 percent for the Obamacare benchmark plan.

But it doesn’t have to be this way.

Earlier this year, we co-authored a study examining how Obamacare regulations raised premiums.  We reviewed dozens of prospective and retrospective actuarial analyses of Obamacare’s premium effects on both the state and national levels.

We found that premium increases for Obamacare policies were attributable to a maze of new federal insurance mandates, combined with a flawed subsidy design. That unhappy concoction produced disproportionately older and less healthy insurance pools, requiring insurers to price policies beyond the reach of many families and small businesses.

Our review of dozens of actuarial analyses found that a cluster of popular Obamacare insurance access requirements – specifically those that required insurers to issue policies to all comers, prohibited medical underwriting (i.e., basing premiums on health status)  , and required coverage of pre-existing medical conditions – accounted for the largest share of premium increases.

But our study made additional findings, including this: As much as half the increases associated with this complex of regulations could be rolled back if Congress removed certain Obamacare mandates, such as the single risk pool requirement.

We also found that other Obamacare requirements adversely affected premiums.  The essential health benefits mandate and the requirement that individual policies provide a minimum actuarial value of 60 percent exerted direct, measurable and substantial effects on premiums.

We further found that regulations requiring insurers to overcharge younger adults had a secondary effect on premiums by producing insurance pools that skew older and sicker.

In short, we found that Congress could make individual health insurance coverage more affordable by exempting states from these requirements.

Last month, a group of conservative policy experts, including us, and grassroots organizations unveiled a proposal that would exempt states from many of the federal requirements that our study found had led to higher premiums.  The Health Care Choices proposal would replace Obamacare premium subsidy entitlements and Medicaid expansion with a new program of grants to states.  The proposal would reduce premiums and enhance health care choices by allowing states to:

Insurers use part of the premiums paid by healthy enrollees to cover the costs of those with more serious medical needs. However, if an insurance plan has too many patients with serious health needs relative to the ones with average medical expenses, that imbalance disproportionately drives up costs and premiums.

Obamacare eliminated these arrangements by requiring that insurers price coverage on the basis of a single risk pool: everyone in the same pot. That drove up costs for the healthy population, leading many of them to drop their insurance.

Releasing states from the single risk pool requirement, as the Health Care Choices proposal recommends, would free them to adopt policies that would substantially reduce premiums for individual coverage.

Use a portion of their federal allotments to establish risk-mitigation programs:

The proposal also would require states to use a portion of their allotment to protect those with high medical needs without driving up premiums for people in good health.  States would have access to federal funds to help finance risk mitigation efforts like high-risk pools, “invisible high risk pools,” and other premium-cutting arrangements.

Some states already have demonstrated the success of this approach. Alaska obtained a waiver from Obamacare’s single-risk pool requirement.   The waiver allowed the state to create a separate “invisible high-risk pool” for policyholders with one of 33 costly medical diagnoses.  The waiver also permitted the state to use federal money that would have been spent on premium subsidies to finance care for those in the invisible high-risk pool.  As a result of the change, premiums for the lowest-cost Obamacare Bronze plan in Alaska dropped by roughly one-fourth.

Instead of requiring states to get federal permission to undertake such innovations, the Health Care Choices proposal would let states design programs tailored to their markets and the preferences of their citizens, without having to obtain permission from Washington.

Taken together, removal of single risk pool mandate and the creation of risk mitigation programs would reduce costs and improve access to care for both high-risk patients and the healthier general population.

Under this rule, the federal government establishes what benefits constitute “insurance.” Failing to meet this standard means failing to qualify as “insurance.”

One study by Milliman estimated that the Essential Health Benefits requirement of Obamacare caused premium increases of 3 to 17 percent, depending on the state.  Consumers in states that had fewer mandates before Obamacare’s implementation would get more savings on their premiums if their state returned to pre-Obamacare benefit standards.  The Health Care Choices proposal would exempt states from this requirement.

“Actuarial value” is a calculation that measures the share of medical spending that a health plan can be expected to reimburse for in-network covered benefits for a standard population. The minimum actuarial value requirement in Obamacare effectively establishes a floor for what plans must pay toward the cost of covered services. The law standardizes plans into four “metal” tiers (bronze, silver, gold, and platinum) according to actuarial value. It specifies that the actuarial values must be 60 percent for bronze plans, 70 percent for silver plans, 80 percent for gold plans, and 90 percent for platinum plans. Thus, plans may no longer have an actuarial value below 60 percent.

One study we reviewed estimated that 85 percent of the plans sold prior to Obamacare’s implementation had actuarial values of 50 percent or greater.  By raising the floor to 60 percent, Obamacare raised premiums by an estimated 8.5 percent.  The Health Care Choices proposal would reverse this increase replacing Obamacare’s actuarial value requirement with a 50 percent floor.

Together with the exemption from the essential health benefits mandate, these changes would permit the sale of policies with less costly benefit mandates and actuarial value requirements, thereby reducing premiums and increasing choices.

Obamacare prohibits insurers from charging a 64-year-old more than three times what a 19-year-old pays for the same plan. Nice as it sounds, the reality is that older adults consume about five times – not three times – as much medical care as young adults.

This requirement forced insurers to raise premiums for young adults by about 30 percent and reduce premiums for older adults by about 10 to 15 percent. That only reinforces the tendency of young adults to not buy health insurance.  Young adults are the group most likely to already be uninsured because they not only tend to be in good health, but also have less income to spend on premiums than do older adults. Thus, regulations that artificially increase the price of insurance for young adults only make the problem worse. At the same time, because these regulations artificially discount premiums for older adults, more of them are drawn to the market or to choosing plans that pay for a large share of their medical expenses—resulting in higher claims costs that insurers have to cover by raising premiums.

Not surprisingly, compared to the general population, older adults are disproportionately represented in the Obamacare insurance pools, and younger adults are underrepresented. In the end, that only further drives up premiums.

Obamacare regulations have priced individual health insurance out of the reach of many middle-income families.  Premiums have risen every year since the law took effect, and it appears that 2019 will be no exception.

But those increases are not inevitable.  Congress can replace Obamacare entitlements with a program of grants to states that will provide them resources and flexibility to reduce premiums and enhance health care choices.

Congress can still act to reduce Obamacare premiums.  If it does not, it will force millions of Americans to live with the consequences of its inaction.