How FDR Can Help Joe Biden Get China Right 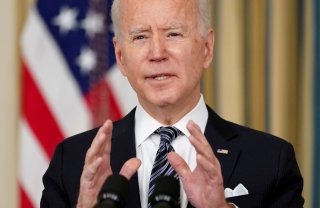 In 1933, upon taking office, President Franklin Delano Roosevelt (FDR) extended diplomatic recognition to the Soviet Union. While puzzling to observers at the time, FDR eschewed short-term thinking for long-term vision. Owing to its geographic location, the USSR would one day become a stalwart U.S. ally that was wedged in between Fascist Germany and Imperial Japan—to the benefit of democracies on both sides of the Atlantic. Demonstrating remarkable prescience, FDR did not project alarm when, in 1939, the Soviet Union cut a “non-aggression” pact with Germany—and later, Japan—even as the Soviets exposed their authoritarian impulses. FDR correctly anticipated that authoritarians could not share durable mutual respect and that one day, they would devour each other. History would prove FDR correct when Germany attacked the Soviets in 1941.

From FDR’s rescue of democracy, an important lesson emerges for U.S.-China strategists: Beyond the tactics and strategies at their disposal, the most vital lesson leaders must learn is to develop the capacity for long-term vision and seeing the forest, not the trees.

In contemporary times, China’s meteoric rise as a global superpower—subsumed under which is Xi Jinping’s thirst for absolute power—is reminiscent of the ambitions of Nazi Germany and Imperialist Japan. Indeed, China is increasingly democracy’s number one geopolitical adversary. In order to thwart the Chinese Communist Party’s rise, U.S.-China strategists must heed the type of long-term thinking often deployed in game-theoretic analysis.

China: This Century’s Threat to Freedom

First, Americans must recognize that China’s rise signals a threat to democracies globally, not unlike what Fascist Germany once telegraphed. China’s indulgent displays of aggression span the South China Sea to Europe. Further, the last few decades have seen America’s multinational corporations kowtow to China in the hopes of “one day” freely accessing its vast market of 1.4 billion potential customers. Multinational enterprises (MNEs) left themselves vulnerable to unsavory and coercive business practices—such as the theft of America’s critical competitive advantage, intellectual property. Such intangible assets, which account for 90 percent of firms’ economic values today, typically have dual uses, rather than single uses. This means they have both civilian and military uses, e.g., GPS or facial recognition software. Businesses sometimes knowingly considered the lopsided trade relationship a “cost of doing business,” and acted against their own long-term interests by directly financing China’s economic expansion. Such expansion paved the way for China’s rise in military investments and correspondingly, power. Paradoxically, an increase in the power and reach of communism inversely correlates with the power and reach of capitalism, which has the effect of constraining the operational freedoms, scale, and global reach of free enterprise.

To put China’s provocation in perspective, let FDR’s address to the nation in 1940 in the throes of World War II be a reminder of how deeply Americans desire freedom: “For more than three centuries, Americans have been building on this continent…a society in which the promise of the human spirit may find fulfillment.” That fulfillment includes a democratic society that unleashes the power of human potential through a productive system underscoring civil, political and economic freedoms. This is America’s promise, and such promise should be defended not only for FDR’s generation but “for generations yet unborn…not for America alone, but for all mankind.”

Negotiate but Prepare for Conflict: Lessons from Game Theory

U.S.-China strategists can learn a lot from game theoretic modeling to evaluate strategic interactions. “Power” is the expected utility, wherein actors must execute moves in anticipation of the opponent’s potential response. Under the framework, when a declining power (the United States) and a rising power (China) are negotiating to avoid conflict—the cost of which is borne by both parties—there is a “bargaining range” that could incentivize both states to cooperate. If proposed solutions fall within this bargaining range, they are said to be acceptable to both parties and more cost-effective than going to war, which produces a winner and a loser. However, if anticipated outcomes are expected to fall outside the bargaining range to favor the rising power, preemptive force is said to be desirable by the declining power because first-mover advantages outweigh the costs of war. Declining states choose to strike because they are stronger today than they will be tomorrow when the rising power’s upward trajectory leads it to become more powerful.

China cannot become the most powerful force in the world from the perspective of the free world. Those who argue that the United States overplays its hand should provide an example in contemporary history of an authoritarian coalition exercising restraint when in power. Authoritarian rise is further perilous to the private sector’s long-term economic interests. It follows that, unless China changes course, the United States and its allies should act decisively to derail its rise. Astute to engage the private sector to address these challenges, the Trump administration jumpstarted this process by renegotiating trade terms chiefly to reduce intellectual property theft and level the global playing field for America’s MNEs.

Does Biden Have FDR’s Vision?

Prescient leaders can ill-afford narrow, short-term thinking. By extending and expanding his predecessor’s policies, President Joe Biden is signaling that the trade dispute is about China’s technological and military rise, made possible by its persistent theft of American innovations, most of which have both commercial and defense applications. Like FDR, great strategists can hold out the hope—but not the promise—of avoiding military conflict. Thus, while the short-term negotiations are focused primarily on trade relations, the grand vision must account for the possibility for pre-emptive actions—regardless of the chosen operating domain.

Noelle Borao is a researcher at the University of Denver, whose research focus is at the intersection of U.S.-China affairs and international business: intellectual property theft. She’s a practitioner-scholar who spent over a decade launching and running cross-border consumer goods businesses.