How Iran Could Strike Back at Donald Trump: Sink a U.S. Navy Aircraft Carrier? 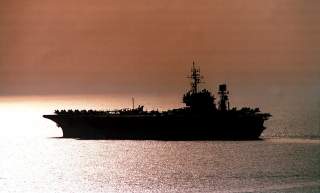 Key Point: It seems unlikely, but for how long?