How Medicare Part B Could Wipe Out the Social Security Increase 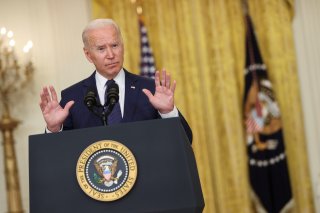 While these annual raises have been very small in recent years, the upcoming one is slated to be much larger; according to the Senior Citizens League, a senior issues-oriented think tank, the increase set to take effect in January 2022 could be as high as 6.2 percent, the highest increase in nearly forty years. However, this remains uncertain; and even if the raise takes effect as planned, it is possible that retirees might not be able to see it.

The reason for this is Medicare Part B, whose monthly premiums seniors are obligated to pay for out of their Social Security checks. While Medicare Part A is usually free, Part B has a monthly premium that varies by person. The standard Part B premium is $148.50, but higher earners generally pay somewhat more.

Unfortunately, while the Social Security amount of the checks rises every year because of COLA adjustments, the Medicare Part B premium increases each year too. Because the amount by which it will increase in January isn’t known yet, there is no way to be certain how much more money seniors will receive from Social Security then, either.

Unfortunately, Part B expenses tend to increase faster than the Social Security checks writ large—to the extent that the twenty-year average annual increase for Part B premiums from 2000 to 2020 was nearly 6 percent, while COLAs over the same period only averaged 2.2 percent.

While Social Security checks have a built-in measure preventing seniors from paying more than their COLA adjustment in Part B premiums—meaning that if a yearly COLA adjustment increases a check from $1,500 to $1,550, then the most the recipient will be required to pay for the Part B increase will be $50—this is still bad news economically because the remainder of the check is worth less due to inflation. Since the new checks can buy less, then Part B increases have the potential to eat away at seniors’ limited savings.

There is no perfect way to address this problem except, as most financial experts recommend, by saving money during one’s career and investing in retirement funds.