How North Korea and Japan Could Open Dialogue 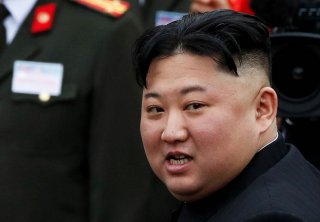 Half a century ago North Korea engineered an exodus of sorts from Japan. With the support of Tokyo, more than 93,000 people made the journey to the Democratic People’s Republic of Korea. Alas, almost all quickly regretted their decision.

In November the Seoul-based Citizens' Alliance for North Korean Human Rights called for a UN investigation of the program, including the role of the Japanese and North Korean governments. To help move out of international isolation, the DPRK should address the issue and push to normalize relations with Japan.

The Kingdom of Korea long lived in the shadow of the Chinese Empire. However, after the latter’s defeat by Imperial Japan, Korea’s orbit shifted. In 1905 it became a protectorate of Japan. Five years later it was swallowed as a colony. Foreign rule was not gentle and left an abundance of hatred. Tokyo was forced to disgorge the peninsula after surrendering in 1945.

The victorious United States and USSR split Korea into occupation zones, which resulted in two separate countries in 1948 and a low-level civil war turned global contest two years later. The division was hardened by the effusion of blood. When I first visited the North in 1992, I discovered that the only issue upon which people on both sides of the DMZ appeared to agree was hatred of Japan. A North Korean scholar suggested that Japan might be an issue on which the United States and DPRK could cooperate, without spelling out any specifics. (I suspected that he was hoping for a joint bombing raid over Tokyo!)

Some Korean subjects came to Japan voluntarily, seeking a better life. Others were conscripted as laborers during World War II. Most were accorded dismissive, second class treatment in Japan; some were even rendered essentially stateless. Japanese nationalism was inflamed by the brief success of the Greater East Asia Co-Prosperity Sphere, in which everyone else in the region, including Koreans, labored to make Tokyo prosperous. Even after the war, some Japanese viewed the Korean minority as a potential Fifth Column.

So the DPRK reached out and urged some of its lost Korean brethren to come home. They were aided by the Chosen Soren or Chongryon, the General Association of Korean Residents of Japan, which functioned as a quasi-embassy, propagandizing on behalf of the DPRK—and sending back money to Pyongyang, much of it from pachinko, a recreational and gambling game. Chongryon rather generously described the North as “a paradise on Earth.”

So frustrated Japanese-Koreans, tired of mistreatment in a hostile home in which the best jobs were closed to them, began arriving in the North in December 1959. Of course, those “repatriated”—most of whom, ironically, originated in the South but had never visited either Korea—found a life of hardship. Indeed, their new rulers did not trust people raised in a foreign and much freer society.

Alas, the ticket was one-way. Tokyo seemed happy to have them leave. And the DPRK controlled communication with those left behind, lest warnings be sent about the disastrous bait and switch scheme. But bad news eventually trickled out. The program formally ended in 1984, when the reality had become impossible to hide. Money sent from family members who remained in Japan made life more bearable, but political suspicions landed many in prison or the countryside. However, as border controls loosened some 200 defected and ultimately returned to Japan. Their stories were sad but predictable.

Not going voluntarily were the scores or even hundreds kidnapped along the Japanese coast between 1977 and 1983. Most apparently were taken by North Korean agents to teach Japanese language and customs to spies. Some may have witnessed the kidnapping of others. A few may have been grabbed to use their identities or provide wives for Japanese airline hijackers who had fled to the DPRK. North Korea admitted to a limited number of abductions while allowing a few victims to return to Japan after Pyongyang and Tokyo opened talks in 2002 over normalizing relations. However, DPRK dissembling and Japanese popular anger led to a breakdown in talks two years later.

Never addressed were the “repatriates,” whose numbers were far greater. Although they nominally went voluntarily, they were at least criminally naïve. Arguably they also were kidnapped, only through fraud rather than force. Indeed, the Citizens’ Alliance goes further, contending that “In reality, the victims were subject to duress, oppression, abuse of power, and their ‘consent’ was not genuine nor informed. They were coerced by sustained disinformation, deception, emotional blackmail, and social pressure, and did not genuinely consent. This operation amounted to forced displacement, enslavement, and/or human trafficking as we understand it today, and led to many cases of enforced disappearance.”

The DPRK brazenly celebrated the escapade by issuing a commemorative stamp on December 16, 2019, the sixtieth anniversary of the arrival of the first Japanese-Koreans. It pictured the “repatriation ship” and people holding flowers and the North Korean flag. Explained the Korean Central News Agency: “Thanks to the warm compatriotism and energetic leadership of President Kim Il-sung, repatriation of Koreans in Japan was realized.” Of course, the world took note: “The repatriation to the socialist homeland from capitalist Japan was a historic event that brought about a radical turn in hewing out the destiny of Korean residents in Japan.”

Well, that is one way of putting it.

Obviously, the North is not known for admitting past misbehavior. However, it would be easier to forge a U.S.-North Korea accord if Pyongyang and Tokyo improved their relationship. History hangs heavy over the peninsula, as is evident from the ongoing discord between Japan and South Korea. However, that gives the Kim and Suga governments an opening.

Fear of the North’s improving nuclear and missile programs has spurred Japan’s modest but real increase in military assertiveness. That obviously is not to the DPRK's advantage. Kim Jong-un’s spate of summit diplomacy had led to speculation about the possibility of a meeting with Japanese prime minister Shinzo Abe. That didn’t happen, but there is no reason the Supreme Leader could not reach out to Tokyo today.

Repatriation began under Kim’s grandfather and was his responsibility. (Ironically, Abe’s grandfather was Japan’s prime minister at the same time and approved the program.) The kidnappings occurred in the elder Kim’s final years, but after Kim’s father had taken over significant responsibility for governing. With them gone, Kim could admit past errors to the Suga government—there would be no need to discuss the issue at home.

In particular, Kim should allow surviving repatriates to return and fess up on the fate of those kidnapped, putting right a terrible injustice that derailed prior reconciliation efforts. In return, of course, Tokyo could acknowledge the injustices committed during the colonial period as well as the maltreatment of ethnic Koreans in Japan. That would be an achievement that Pyongyang could herald internally, making up for any embarrassment caused by allowing Japanese-Koreans to return.

Such an effort could accompany discussions on the normalization of relations. The current sanctions regime would complicate attempts to forge the same kind of deal made between the South Korean and Japanese governments years ago, which included a substantial payment as de facto compensation for wrongs committed during the colonial era. However, any U.S. agreement including sanctions relief could accommodate the financial aspects of Pyongyang-Tokyo normalization. From Washington’s and Seoul’s standpoint, such an agreement would reinforce their efforts to encourage North Korean cooperation, while drawing the DPRK further into the international system.

Every step or two taken toward better relations in Northeast Asia, such as the Kim-Trump summitry, seems to result in a step or two backward, such as the North’s recent obloquy directed at the Moon government. Japan played a minor role in recent events surrounding North Korea but offers another avenue of potential reconciliation. That could prove particularly useful with America’s approach also subject to change as a new, untested U.S. administration takes office.