How One Scramjet Changed the Hypersonic Weapons Showdown 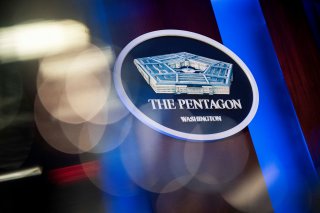 The Defense Department’s Hypersonic Air-Breathing Weapons Concept (HAWC) recently took off from an aircraft propelled by a supersonic combustion ramjet, also known as a scramjet, traveling at five times the speed of sound, separating from the launch aircraft and achieving booster separation. This was a successful test of a new generation of high-speed maneuvering attack weapons. The missile, built by Raytheon Technologies, was released from an aircraft seconds before its Northrop Grumman scramjet’s engine kicked on.

“The engine compressed incoming air mixed with its hydrocarbon fuel and began igniting that fast-moving airflow mixture, propelling the cruiser at a speed greater than Mach 5 (five times the speed of sound),” according to a DARPA press statement.

DARPA explained via the statement that the multifaceted goals of the mission were met. There was a successful test of vehicle integration and release sequences, safe separation from the launch aircraft, booster ignition and boost, booster separation and engine ignition, and cruise. The HAWC’s speed and maneuverability enable it to attack much more quickly than subsonic missiles. Also, it can rely upon a massive, high-speed kinetic energy impact on its target without using high-energy explosives.

“The HAWC free flight test was a successful demonstration of the capabilities that will make hypersonic cruise missiles a highly effective tool for our warfighters,” Andrew Knoedler, HAWC program manager in DARPA's Tactical Technology Office, said via an agency press statement. “This brings us one step closer to transitioning HAWC to a program of record that offers next generation capability to the U.S military.”

What might be next for hypersonic weapons? How about hypersonic drones? This could be feasible in the not-so-distant future, depending upon continued progress. One near-term possibility was recently described by senior Army weapons developers as growing efforts to engineer a “networked” hypersonic weapon able to maneuver and change course in flight through a data link sending updated targeting information.

“We have laid out priorities for near-term tech insertion. We plan to hold multiple targets at risk through communication with the weapon in flight and hit a moving or relocated target. We will also improve the warhead,” Robert Strider, the deputy director of the Army hypersonic project office, told an audience on August 11 at the Space and Missile Defense Symposium in Huntsville, Alabama.

Alongside air-breathing hypersonic weapons such as the HAWC, the Defense Department is also developing “boost-glide” weapons which achieve speed and range by “skipping off the upper atmosphere.” One such weapon, the Army’s Long-Range Hypersonic Weapon is slated to emerge as operational by as soon as 2023. Multiple news reports, including one from Breaking Defense, cite Army sources that claim the LRHW will reach ranges farther than 1,700 miles.

Boost Glide hypersonic weapons can be a winged glider or take on a canonical shape, making them maneuverable and high-speed with a high “lift over drag ratio,” according to one of Raytheon’s hypersonic weapons experts. The canonical shape also increases the smoothness of the airflow surrounding the projectile, something crucial to sustaining flight stability and maneuverability. Boost-glide hypersonic weapons propel a glide vehicle to a point in space where it has a certain altitude and a certain forward speed, the expert explained. The speed of descent then propels the weapon toward its target.