How Politics Has Poisoned the United Nations 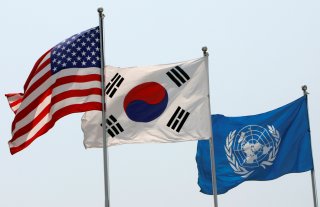 The UN Human Rights Council held a mirror to the United States’ human rights record this week by adopting the outcomes of the country’s third Universal Periodic Review (UPR). Unfortunately, because of the body’s politicized nature, the reflection the UPR offered was a deeply distorted one.

Established in 2006, the UPR process is mandated to “provide objective and reliable information, of the fulfillment by each State of its human rights obligations and commitments.” Every five years, each of the 193 UN member states is subject to the UPR, based on a rotating cycle.

The United States’ latest review began in January 2020 with the creation of a Working Group comprised of three randomly selected Council members: Germany, the Bahamas, and Pakistan. The Working Group has responsibility for compiling information from human rights groups, regional organizations, and civil society groups into a final report that was released in December. The report also includes recommendations from UN member states on actions they think the United States should take to improve its record. While the United States has the right to accept or reject the recommendations, all are included in the final report, which constitutes a permanent record.

Thus, China recommended the United States “Combat the increasingly severe religious intolerance and xenophobic violence,” while it interns up to a million Muslims in concentration camps.

Not to be outdone, Iran criticized the United States for assassinating Maj. Gen. Qassem Suleimani, whom Tehran described as an “antiterrorism hero.” In fact, Suleimani, responsible for the deaths of hundreds of American and coalition service members, worked closely with Hamas and Hezbollah and abetted the Assad regime’s atrocities in Syria.

Russia joined the act by recommending the United States “Guarantee freedom of expression and freedom of the media, and create safe working conditions for journalists.” Russia should spend more time looking in the mirror and reflecting its own horrific record when judging press freedoms.

The UPR process also leads to false moral equivalencies. Democracies like the United States are judged on equal footing as autocracies like Cuba and China. Repressive regimes take this as license to argue that no country has standing to lecture others on human rights abuses—if all countries are sinners, none may cast the first stone.

Human-rights abusers also take advantage of the process to disseminate propaganda, which the UN’s human rights body must include in the official record. For example, China’s country report in 2018 questioned the universality of human rights and touted the country’s democratic electoral system, freedom of religion, freedom of press and respect for ethnic minorities. To top it off, more than half of the 346 recommendations in China’s 2018 UPR encouraged the regime to “continue” improving its record.

And if Beijing took no action, it would not face any consequences for ignoring the UPR recommendations.

At its core, the UN Human Rights Council is a political body, and no one should expect the UPR process to be immune. When the world’s worst dictatorships gain membership, they make what could be a standard-bearer for human rights into more of a human-rights carnival.

To reform the UPR process, the council should first start with a clear-eyed approach to membership. With the Biden administration’s intention to run for election to the UNHRC next year, here are two ways Biden should advocate for reforming the Council:

First, the General Assembly should determine UNHRC membership by voting through open ballots, not secret ones as is currently done. Forcing countries to publicize their votes could dissuade them from supporting abusers and would introduce some accountability in the UN human rights infrastructure.

Second, there should be basic standards for council membership. Freedom House’s Annual Global Freedom Scores provides an objective, evidence-based approach to rating countries based on their access to political rights and civil liberties and should be drawn from.

After instituting membership standards, the council should empower the UPR Working Groups to impose a vetting process for member state recommendations. This includes developing firm criteria to determine whether the recommendations are valid or should be thrown out due to a country’s political interests.

Reforming the council won’t be easy; previous administrations have tried and failed. But if the United States rejoins an unreformed Council, it will lend legitimacy to an institution that embraces human rights violators rather than challenging their abuses.

David May is a research analyst at the Foundation for Defense of Democracies (FDD), where Morgan Lorraine Viña is an adjunct fellow. Follow David and Morgan on Twitter @DavidSamuelMay and @morganlroach. FDD is a Washington, DC-based, nonpartisan research institute focusing on national security and foreign policy.