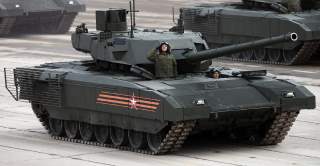 May 2024 was a lot like the summer that preceded it 85 years earlier.

The Russians knew as much, which is why their secret name for the operation was assigned the sobriquet ‘Molotov.’

The very public China-Russia non-aggression pact the year before between the People’s Republic of China (PRC) and Moscow was another warning sign, especially its language. The Russians (and Chinese) were counting on the a-historicism of the west (and especially Americans) to get away with their little ‘joke’ in language use (i.e. the language from the Molotov-Ribbentrop Non-Aggression Pact).  They did—and they must’ve smiled the entire time as the tanks advanced on a broad front to within sight of the Vistula River, a body of water most Americans could not find on a map if their lives depended on it.

The warning signs, as always, were there for all to see. But connecting the dots before something happens is not so easy. Increasing Russian rhetoric about the repression of Russian ethnic minorities in the neighboring Baltic States in early 2020 was the first hint. This rhetoric misdirected NATO attention to the north and caused a misinterpretation of the Russian build-up of combat power in Kaliningrad (formerly East Prussia), presumably focused to the north, not the south and west. It also enabled Russia to come to an agreement with Belorussia’s government for a series of exercises there, which provided a cover for the covert Russian build-up in those areas that might facilitate operations against Poland.

The second warning sign involved the agreement with Kiev to a verifiable armistice in East Ukraine in 2022, brokered by U.S. Secretary of State Nikki Haley. By agreeing, and actually adhering, to this ceasefire, the Russians further lulled NATO into a sense of false security that caused its leadership to accede to Secretary of Defense John Bolton’s request for more NATO troops for the ongoing mission of protecting the Afghan government under siege in the Kabul Enclave.

The reader might wish to revisit the circumstances of the failed non-combatant evacuation (NEO) of the U.S. and Western embassies when Kabul almost fell to a combined Al Qaeda-ISIS offensive (OPERATION HATTIN) in 2021, shortly after Donald Trump was re-elected to his second term in office by a landslide in 2020. This resulted in the operation DESPERATE REVOLVE, which recommitted major NATO combat forces to the humanitarian mission of protecting the inhabitants of the Kabul enclave from a genocide promised by Islamist Unification Front (IUF).

That warning sign—the redirection of NATO to Afghanistan—was followed by the now infamous China-Russia Non-Aggression Pact of 2023. As usual, the Americans chose to see this through a Pacific-lens rather than a Europe-lens, as something that might give Beijing more freedom of action, not as a precursor to Russian action in the west.

This paranoia was further fed by the Russian misdirection via what was reported in the West as a Chinese cyber campaign in favor President Donald Trump and the Republicans in the 2024 mid-term Congressional elections, further distracting the Americans (and truth be told most of the Europeans).  It is now clear that the Chinese colluded in this operation and it might presage further Chinese-Russian cooperation for Chinese “land grabs” in its sphere of influence.

Russian public rhetoric about persecuted minorities in the Baltics (and Finland) continued until the 11th hour with NATO, and its extensive intelligence, surveillance, reconnaissance (ISR) assets focused on the massive Russian maskirovka (deception) campaign that portrayed a likely invasion of Estonia. The guns of August were not long in coming. The great Russian operational challenge involved simultaneous operations from Kaliningrad and against eastern Poland. The geographical separation seemed insurmountable by modern standards but the Russians had planned and prepared, particularly at the top secret Shaposhnikov study center in Moscow.

The Kaliningrad component of Molotov involved very limited, but violent operations, especially against Gdansk in order to cut off the quick flow of any war material afloat from the U.S. or NATO through that port. The Russians based their plan in the west on that of the Egyptians in 1973’s Yom Kippur War. They would seize the so-called “Polish Corridor” and Gdansk, or at least neutralize that port, and then establish a lethal anti-access umbrella over it with their S-300 and S-400 missile systems and land-based fires (artillery and rocket) and anti-tank systems. On the seaward side, they deployed a mix of nuclear and diesel submarines and mined German and Danish ports using these submarines.

NATO, after its initial shock, reacted as expected and focused all of its attention in the west and conducted, like the Israelis, ill-advised counterattacks to retake Gdansk and attack the Russian base of power in Kaliningrad. The resulting slaughter brought back memories in those few historians who study it, of the tens of thousands of casualties in the opening days of World War I.

The Russian anti-access (A2) defenses were lethal and the shot down 6 of 7 U.S. C-17s flying in elements of the 82nd airborne division to Polish airfields, killing hundreds of U.S. paratroopers and shocking the Americans out of their lethargy. However, the real shock came when the American war reserve afloat material for an entire heavy brigade combat team (whose personnel entrained from its bases in Germany to Poland) on the unescorted USNS Sgt York, USNS Omar Bradley, and the USNS Harvey Milk was sunk by what the Americans later estimated was an Akula (Shark) class attack submarine.

At the same time the Russian air forces, along with their air defense forces (the PVO Strany) established absolute local command of the air in the areas around Gdansk and Kaliningrad. But this was just the warm-up.

The war was only 10 days old when the main effort erupted in the east, out of the Pripet Marshes and directly into Poland via a previously undisclosed and secret “corridor” through Belorussia. The Ukrainians were unable to assist, hamstrung by their ceasefire and most of their troops being in east Ukraine observing that ceasefire. More shocking still, the Hungarians refused to honor their NATO agreements until they obtained an agreement to renegotiate long-standing territorial grievances over the Transylvanian and Trans-Dniester regions.

This action, in turn, froze the Romanian forces and saw these two nations mobilize against each other rather than on behalf of NATO. At the same time, the IUF opened up its fall campaign early against Kabul with equipment that it had obtained surreptitiously from the Russians through Uzbekistan. The global scope of these Russian-coordinated efforts practically froze western decision-makers into a cycle of recrimination and indecision.

And the Russian tanks rolled on. By early October they had rolled effortlessly across southern Poland and “liberated” Krakow, at the same time Russia made a secret offer through the North Korean embassy in Berlin to return Silesia to Germany, and then published the entertainment of this diplomatic maneuver by a right-wing German politician in the reigning post-Merkel coalition via social media and the worldwide international press. By the time the Russians approached the Vistula opposite of Warsaw, they were ready to stop. They established hasty defenses and extended their anti-access air coverage almost to the German border. They then declared a unilateral ceasefire, inviting all parties to a conference hosted by China, which offered itself as an impartial mediator, in Shanghai.

The sorry political and diplomatic tale played itself out, as all know, for the next year and is still playing itself out on the global stage today.  However, what is really of interest to all concerned will be an analysis of the excellent performance of the Russians in all respects in the military domain in conducting large-scale, high intensity, combat operations against the Polish, U.S., and NATO forces. These more detailed lessons learned will be addressed in a second article at this site in the near future. Especially of interest will be the operations of the German Kamfgruppe Schmidt, attached to the forward-deployed U.S. combined arms “brigade” based in Poznan, as a part of the provisional NATO division deployed to retake Gdansk in the first week of the war.