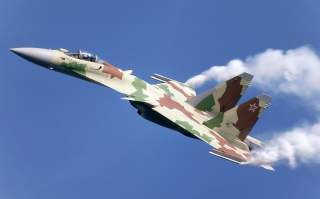 Key point: The Su-35S was almost too successful for its own good, ticking so many performance and role versatility boxes that it seems to cannibalize its more expensive Su-57 successor.

Mark Episkopos is a frequent contributor to The National Interest and serves as research assistant at the Center for the National Interest. Mark is also a PhD student in History at American University. This article first appeared earlier this year and is being republished due to reader's interest.