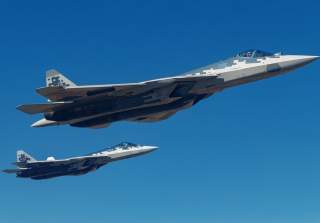 Key point: Russia's Su-57 is a stealth fighter similar to the F-22 and therefore is Moscow's best plane to equip with new anti-ship missiles.

Image: Reddit. (This article was originally published earlier in June 2019 and is being republished due to reader interest.)