How to Save DirecTV and Dish Network: A Massive Merger? 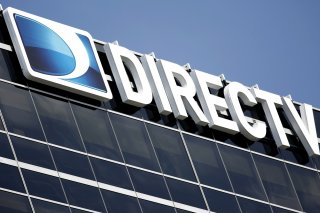 It’s no secret that the two biggest satellite TV providers — Dish Network and DirecTV — are continuing to hemorrhage customers each quarter. So, wouldn’t it make sense to merge these two companies and try to hold onto dear life what’s left of the satellite TV market?

The resounding answer is yes, as attested by Dish chairman Charlie Ergen, who called a potential merger with its satellite rival “inevitable” during the company’s Q4 earnings call. And AT&T’s COO reiterated his overwhelming desire to sell DirecTV. But for this massive tie-up to occur, the companies would most surely have to deal with the Department of Justice, as it would be a potential antitrust target.

In addition, with the possible Sprint and T-Mobile merger, there could be concerns that Dish will be forced to spend between $10 billion and $15 billion to build a fourth major wireless provider in the U.S. Incidentally, during this current coronavirus pandemic, Dish is letting wireless carriers use its spectrum, most of which is not put to any use and have risked FCC fines for failing to construct an actual network.

These rumors of a possible merger come as Dish reported losing 100,000 satellite TV subscribers in Q4. For the entire 2019 year, Dish bled a net total of 511,000 subscribers.

The picture doesn’t get any rosier for AT&T’s DirecTV. Since purchasing DirecTV for $49 billion in 2015, the satellite TV service is already down 4 million subscribers from the initial headcount of 20 million. Meantime, AT&T has confessed that it would no longer actively market this service and focus more on pay-TV strategies.

Despite all of the regulatory concerns, Craig Moffett, of MoffettNathanson Analysts, wrote that if DirecTV and Dish ever settled on a merger agreement, there is a real possibility that it could get approved.

“Satellite TV was growing by leaps and bounds at the time. Now it is in a free fall. That alone may be enough to settle the debate; sure, two would be better than one, but both are credible bankruptcy risks on their own,” Moffett wrote in a research note. “Heck, they’d be a credible bankruptcy risk even together. Simply preserving an option for rural America at all would be the argument. And it would be a reasonably persuasive one.”

One example that has been tossed around is what happened to XM and Sirius satellite radio. Eventually, the plummeting subscriber numbers will no longer be able to support two companies, but a tie-up could help that single entity survive and offer TV to those who can’t receive streaming due to poor internet.