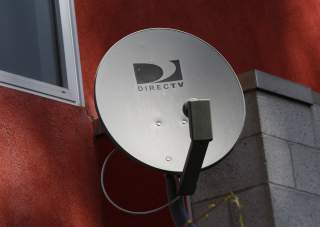 Like it or not, it appears that DirecTV is being shown the door. Last week, AT&T, the parent of the once-popular satellite TV provider, confessed that it would no longer actively market the service and focus more on pay-TV strategies.

But who would blame them?

Since purchasing DirecTV for $49 billion in 2015, the satellite TV provider has been hemorrhaging subscribers -- now already down 4 million from the initial headcount of 20 million, as all of its past marketing efforts failed to stanch the bleeding from cord-cutting.

Apparently, DirecTV will still be available in more rural areas, but AT&T has decided to emphasize the marketing of its brand-new AT&T TV, which questionably does not do away with longer-term contracts and equipment rentals. Moreover, it’s missing key programming like Hulu and the ever-popular NFL package. For the thousands of customers out there who are dissatisfied with DirecTV, AT&T’s newest venture likely isn’t a solid fallback option.

Much like the bland initial reviews for AT&T TV, the simmering frustration among DirecTV customers largely stems from rigid contracts and equipment rentals. These days, the younger generation is used to no-contract agreements that offer flexibility in their buying habits, and who really wants to deal with the hassle of installing a heavy satellite dish on the roof or outside the home?

It’s easy to see that DirecTV is less cost-effective as well. Its service starts at $49.99 for one TV, but you only need to add on $10 to get service for two TVs if you use Dish, DirecTV’s direct competitor. Furthermore, DirecTV is missing popular sports and cooking channels. If you need the NFL Sunday Ticket, it will cost you plenty, as it starts at $66.99 a month, but only for the first year. It skyrockets to $122.99 a month after that.

With DirecTV and Dish offering such similar services, it is feasible that these two companies will one day merge. Dish owner Charlie Ergen and Wall Street insiders have said that this union is “inevitable.”

These days, there are dozens of streaming packages to take advantage of, and customers don't have to deal with equipment rentals or soul-killing contracts. Even today’s high-tech antennas could be a great option for the more frugal customers. Many come with built-in tuners and can easily pick up signals as far away as 50 miles. Don’t forget about cheap streaming players like Roku and Amazon Fire TV Stick, which sell for about $25 and make the need for equipment rentals a thing of the past.

DirecTV’s final nail in the coffin could be the rise of streaming cable alternatives. For about the same price, YouTube TV, Hulu and Sling are great options. Internet reliability and speed are improving every day, and they will only get better. The days of shoddy Internet connections are over, and that fact bodes well for streaming cable services in offering their popular content hiccup-free.

More importantly, the younger generation knows these services well and they have already been ingrained into today’s culture. Ask any teen, and they are viewed as cool and modern, a type of branding that’s hard to come by for an ancient player like DirecTV. With AT&T pulling the plug on its future marketing of DirecTV, this product will likely fade into the past along with the baby boomers who once popularized the service.

Ethen Kim Lieser is a technology writer and enthusiast.