How Trump Could Strike: If America Fought Iran, It Might Try a Sea Invasion 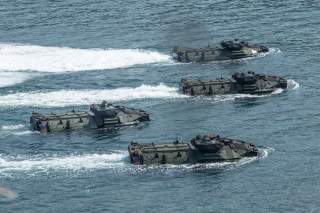 Key point: An assault from the sea would be risky but is something the Marines train for.

Kyle Mizokami is a writer based in San Francisco who has appeared in The Diplomat, Foreign Policy, War is Boring and The Daily Beast. In 2009 he co-founded the defense and security blog Japan Security Watch. (This first appeared in July 2019.)