How the U.S. Air Force and New Space Force Are Getting Ready for Future Wars 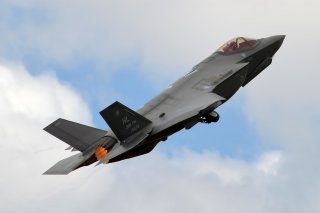 Air-ground-space synergy is a the future of American warfare. Combining assets and tactics in all three domain will help the United States launch hypersonic weapons along the boundary of the earth’s atmosphere and engineer defenses against anti-satellite weapons. Moreover, America will use satellites to both track and guide space-traveling intercontinental ballistic missiles (ICBMs) and even someday space drones to deliver weapons, technologies and defenses into space.

In order to address this growing phenomenon, the Air Force is taking new steps to merge with its newly established “sister” Space Force to synchronize weapons development, generate interoperability and refine emerging war tactics needed for the prospect of space warfare.

While the Air Force has long focused upon space as a highly-contested warfare domain, there are a number of emerging variables which are further increasing the need for the service to better connect many of its platforms and weapons systems with space technologies. This means the U.S. Air Force is establishing new parameters with which to align with the emerging U.S. Space Force (USSF).

“In 2021, we will codify AFRL activities supporting the USSF in a Memorandum of Agreement and leverage the Deputy Technology Executive Officer position as the focal point for the USSF. We will establish regular communication mechanisms and ensure the USSF has a voice in our processes,” the document states.

What might some of this mean? Hypersonic weapons, in particular, can be both air and ground launched systems engineered to travel through space at unprecedented speeds. Boost-glide weapons, for instance, can leave the earth’s atmosphere before relying upon pure speed of descent to destroy targets. Space flight is fundamental to its trajectory, and therefore integral to its guidance systems and launch mechanisms. Some of the Air Force hypersonic weapons can launch from air platforms such as a B-52. Propulsion systems driving the weapon, as well as the configuration of the weapon itself may begin in the air when launched but need to be maintained in space.

The same is true for ICBMs which launch from land and travel through space en route to a target. Emerging space technologies will be able to better track attacking ICBMs to improve targeting and also help track enemy ICBMs in order to destroy them. A similar concept is at play when it comes to anti-satellite weapons, as air-space coordination can play a large role in defending against them. Air platforms such as surveillance planes or even something like an F-35 could help identify the launch of an enemy ASAT weapon and pass data to space-based defenses or interceptors. For instance, it is possible that satellites themselves could be armed with space-fired weapons, advanced sensors and technologies developed to track and destroy enemy targets in space.

Even further, some industry developers are already beginning to think about how platforms such as drones could be engineered to travel beyond the earth’s atmosphere to conduct offensive or defensive combat operations such as missile defense, surveillance missions or even certain kinds of weapons delivery.