This Is How the U.S. Military Wants to Shoot Down Russian or Chinese Hypersonic Missiles 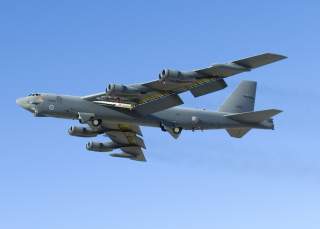 Worried by the prospect that hypersonic missiles blazing through American anti-missiles defenses at many times the speed of sound, it's no surprise that the U.S. Missile Defense Agency wants an interceptor rocket that travels at hypersonic speeds (faster than Mach 5).

The MDA is quietly taking a step toward this by putting out a research proposal to develop control systems that will enable interceptors to perform high-G maneuvers at hypersonic speeds.

MDA says it wants ideas for “maximizing maneuverability and minimizing kinetic energy losses to the greatest extent possible while allowing controlled flight in a hypersonic environment.”

This sounds pretty straightforward, but it's not. Consider a hypersonic missile streaking through the atmosphere at Mach 5 plus (DARPA has tested hypersonic vehicles that reportedly reached a speed of Mach 20 before they burned up). Combine this with an interceptor closing in at Mach 5 plus, and the combined approach speed makes a hit challenging.

Interestingly, MDA noted that “the government has invested extensively in technologies for cruciform divert systems,” which are thrusters that allow the rocket to perform maneuvers. MDA does not want cruciform divert for this project.

Hypersonic missiles are an unwelcome change for U.S. missile defense, which focused through the Cold War and afterwards on ICBMs and now theater-level ballistic missiles. ICBMs ascend into and cruise through outer space before releasing their warheads to plunge through the atmosphere at Mach 23, which makes space the best place to intercept them. But hypersonic missiles travel at high speeds within the atmosphere, and they can maneuver to take evasive action, rather than following a rigid ballistic trajectory as they descend. MDA has requested $120.4 million in FY2019 for defense against hypersonic weapons.

“MDA has openly acknowledged that current interceptors are not designed to intersect maneuverable hypersonic missiles, and that it wants to optimize them for that purpose,” James Acton, co-director of the Nuclear Policy Program at the Carnegie Foundation for International Peace, told the National Interest. “It sounds to me that this solicitation is about moving in that direction.”

“I assume that some existing interceptors do travel at hypersonic speeds, but that they would need more maneuvering capability to hit maneuverable targets,” Acton added.

This raises the thorny question of whether hypersonic interceptors could destabilize international arms control and trigger an arms race. Acton believes that interceptors targeting non-strategic missiles would be acceptable. “The U.S. Terminal High Altitude Area Defense (THAAD) is already fairly effective against short- and medium-range ballistic missiles that go faster than hypersonic weapons of the same range. So, yes, I think point defenses against hypersonic are feasible and wouldn’t be destabilizing.”

But hypersonic interceptors aimed at ICBMs would be a different matter. “Area defenses against hypersonics would be considered destabilizing, by threatening Russia’s and China’s second strike capabilities. But I don’t think they are feasible.”

Meanwhile, DARPA is soliciting ideas for its Glide Breaker defense system against hypersonics. “The objective of the Glide Breaker program is to further the capability of the United States to defend against supersonic and the entire class of hypersonic threats,” DARPA says.