How Washington Can Repair Relations With Moscow 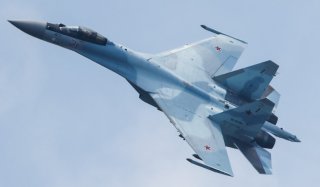 The West’s punitive response to Russia’s invasion of Ukraine has been comprehensive and aggressive. The sanctions put in place by Washington and Brussels amount to a declaration of economic war against Moscow. Adding fuel to the fire, President Vladimir Putin put Russia’s strategic nuclear forces on alert, and the U.S. State Department recalled more staff members from its embassy in Moscow while suspending bilateral strategic stability talks. Following the lead of Canada and the European Union, President Joe Biden announced in his State of the Union speech that Russian flights from the United States would be banned indefinitely.

The world’s preeminent nuclear powers are not on speaking terms during the most acute security crisis since 1962. High-profile members of the U.S. foreign policy elite are now openly considering the desirability of regime change in Moscow. Advocates of détente, already few in number, will be sidelined for the foreseeable future. Yet, the long-term geopolitical consequences of making Russia an untouchable pariah would turn a preventable tragedy into a grave strategic miscalculation that harms U.S. national interests.

For now, economic punishment for Russia’s unprovoked, and imprudent, invasion of Ukraine is warranted insofar as it signals Washington’s opposition to Moscow’s aggressive behavior. However, as the maximum pressure campaigns against Iran, Venezuela, and North Korea demonstrated, countries under sanction have no incentive to change their behavior when faced with demands that require a total capitulation to U.S. policy preferences. And unlike those three relatively weak countries, the risks and costs of poor relations with Russia are significantly higher. It would be deeply irresponsible for the Biden administration, as well as other Western governments, to make isolation an indefinite policy. Moral grandstanding for a restoration of the status quo ante is simply not an option.

The immediate priority should be to help Kiev negotiate a ceasefire and political settlement that accords with the reality on the ground. There are strong incentives for both sides to find a diplomatic solution.

The longer the war continues, the higher the material and political costs will be for Russia. Given Russia’s potent but limited military capabilities, as well as Putin’s stated political goals, a long-term occupation of Ukraine is not in the cards. Initial assessments by military analysts also suggest that Russia was unprepared for the stiff resistance Ukrainians have put up so far. To remedy this miscalculation, restrictions on the use of force and the types of force employed against Ukrainian targets are being loosened to accelerate the military outcome, inevitably leading to more collateral damage and civilian deaths. Yet, the destruction of major Ukrainian population centers and civil infrastructure will only make it more difficult for a new Russian-aligned government in Kiev to consolidate power while leaving it heavily dependent on Moscow’s economic, military, and political support.

For their part, high-ranking Ukrainian officials have vowed to “fight to the last breath to protect our country” and publicly called for sanctions against all Russian banks, a NATO-enforced no-fly zone, and expelling Russia from the United Nations. Yet, once it becomes clear that the second and third demands will not get a hearing in Washington and European capitals and that Russian forces will do whatever it takes to achieve a military victory, Zelenskyy will be forced to swallow a bitter pill to avoid the complete destruction of his country.

For this reason, Russia will have the upper hand during the negotiations to dictate the political outcome. A proposal from Zelenskyy that contains a non-NATO membership guarantee will be essential. And, as Putin has repeatedly indicated, if Zelenskyy’s government has not already been removed by force, Russia will also require it to resign before Moscow installs its preferred regime. This will be an arrangement borne of injustice, but the alternatives would be even worse for the Ukrainian people.

Throughout this process, the United States should condition the lifting of sanctions and related punitive measures on the withdrawal of Russian forces from Ukraine following a settlement. Additionally, instead of refusing to close NATO’s “open door” policy, the Biden administration should offer Russia written assurances that the alliance is not interested in accepting Ukraine as a new member. This should have been offered during U.S.-Russia negotiations in January since it would have removed the sense of urgency contributing to Russia’s long-held anxieties over Ukraine’s strategic alignment, much of which was exacerbated by the signing of the U.S.-Ukraine Charter on Strategic Partnership in November 2021.

Still, closing NATO’s “open door” is another diplomatic leverage point that the Biden administration should be using to help end the conflict, support Zelenskyy’s government during negotiations, stabilize the European security environment, and begin the difficult process of repairing the U.S.-Russia relationship.

This is an emotionally unsatisfying prescription because it requires U.S. policymakers to look beyond the current moment to the necessity of cooperation with Russia on higher priority bilateral issues, such as strategic stability, arms control, crisis management, and emerging technologies. Yet, once Moscow changes the regime in Kiev and withdraws its forces, under what circumstances would the United States see fit to justify lifting sanctions? Would it require the restoration of the Zelenskyy government, or at least a new election? Would Russia have to give Crimea back to Kiev and force the separatist satellites in Donbass to reintegrate into the Ukrainian state? Given that the United States has almost no leverage to alter the local balance of power through non-kinetic means, the injustice of the postwar arrangement cannot become an obstacle to repairing relations with Moscow.

The current rhetorical, economic, and political posture towards Moscow is unsustainable beyond the immediate crisis. Anxious Europeans will start to break ranks on sanctions, American consumers will begin to feel the effects of even higher oil prices, and the United States will be fully engaged in an unnecessary and dangerous two front “new Cold War.” Rather than mistaking the robust and relatively unified Western response as an endorsement of “U.S. global leadership,” the Biden administration should be looking to burden shift the risks and costs of regional security to its European partners while minimizing its strategic exposure in Ukraine. As tragic as the war in Ukraine is, U.S. policymakers are responsible for protecting their country’s long-term interests. Even amidst the fog of war, repairing U.S.-Russia relations is an essential task.

Matthew Mai is an editorial intern with The National Interest and a senior at Rutgers University.