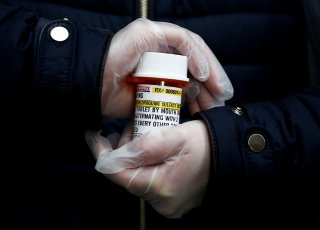 The controversy over hydroxychloroquine and chloroquine is continuing, as President Trump and his allies have for weeks been pushing the use of anti-malarial drugs for patients with coronavirus, while some medical experts have cautioned that the treatment's efficacy is unproven.

But lost in much of the discussion of the controversy is what may happen to those with conditions for which hydroxychloroquine has long been prescribed, such as lupus, rheumatoid arthritis, kidney disease, and various autoimmune conditions. Patients, doctors and researchers have expressed concern about shortages of the drugs for those who need them for existing conditions, amid huge demand for hydroxychloroquine among people and institutions who are stockpiling the drug during the epidemic.

The Financial Times said this week that there are already reported shortages of hydroxychloroquine in Europe. The leader of a group that advocates for lupus patients said that "up to 60 per cent of patients had not been able to find hydroxychloroquine at pharmacies," although supplies were replenished eventually in most cases.

In the U.S., patients are also worried about shortages, with some doctors reporting that pharmacies have run out of hydroxychloroquine.

According to CNN, patients who are prescribed hydroxychloroquine are beginning to find that their pharmacies are out of the drug. Two doctors, including Dr. Alfred H.J. Kim of St. Louis, authored an article at the end of March for the Annals of Internal Medicine warning of just such a problem.

"The current shortages of HCQ have therefore alarmed rheumatologists and patients. Offices across the country report fielding calls from concerned patients who are having difficulty obtaining their medication," the article said. It added that withdrawal of hydroxychloroquine can also have disastrous health consequences.

CNBC quoted a 21-year-old woman who suffers from an autoimmune disorder called juvenile dermatomyositis and has taken hydroxychloroquine for eight years. She is worried that her access to the drug will soon be disrupted, as her pharmacy recently told her they are "completely out of the medication."

The same story quoted a rheumatologist whose patients need the drug as stating that they have been "totally cut off.”

There are also some cases in which patients with conditions such as lupus are at higher risk for coronavirus.

A widely touted international survey of 6,000 doctors that was released last week found that those who have treated coronavirus patients opined that hydroxychloroquine is the most effective treatment for the disease. However, only about a third of the total doctors surveyed have treated such patients, and they were merely choosing hydroxychloroquine from a list of 15 other treatments.