Hydroxychloroquine No Longer Seen as Most Effective Coronavirus Treatment: Survey 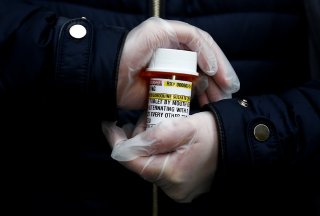 A widely cited international survey of 6,000 doctors last week found that among doctors who have treated coronavirus patients, Hydroxychloroquine was chosen by more doctors than any other treatment as the most effective, from a list of 15 potential treatments.

The survey came from an online community for doctors called Sermo, and was widely cited in the media to back up President Trump's repeated talking-up of Hydroxychloroquine, an antimalarial drug that's long been used to treat lupus, kidney disease and autoimmune disorders.

However, the numbers came from an online survey, not from a drug trial or scientific study, only about a third of the 6,000 doctors surveyed had actually treated coronavirus patients, and only 23 percent of U.S. doctors had listed the drug as the most effective option. Some media outlets had misinterpreted or misrepresented the data as 6,000 doctors all agreeing that Hydroxychloroquine was the best coronavirus treatment.

In the first survey, Sermo had promised more phases, and now the second set of numbers is out, taken between March 30 and April 2. The new data shows that while usage of Hydroxychloroquine has expanded globally, it's no longer seen by a plurality of survey participants as the most effective treatment available.

According to Sermo, when participants were asked to "rate the efficacy of medications you have used or have seen used to treat COVID-19," 52 percent listed "plasma from patients who have recovered from COVID-19" as "very or extremely effective," followed by Hydroxychloroquine (Plaquenil) or Chloroquine at 38 percent, "non-approved drugs" at 37 percent, Interferon-beta at 36 percent and "traditional Chinese medicine" at 34 percent.

Those numbers indicate that even what doctors see as the most effective treatment is only seen as "very or extremely effective" by just over half of doctors surveyed. Also, plasma from recovered patients is not being utilized often-by only 5 percent of the doctors surveyed-which indicates that such treatments are not yet widely available in most places.

Additionally, the survey found that doctors in Italy, France, Spain and China have a higher perception of the efficacy of Hydroxychloroquine than in the rest of the world. Only 28 percent of doctors in the U.S. rated the drug as "very or extremely effective," a number that dropped to 19 percent among doctors in New York.

As the specific uses of Hydroxychloroquine, 65 percent of doctors surveyed say they use the drug to treat patients who have been diagnosed and are "experiencing severe symptoms," while 49 percent use it for those who have not been diagnosed but have severe symptoms regardless. Far fewer doctors are using the drug for mild symptoms or as prophylaxis.

Also, 46 percent of doctors surveyed see a second wave of coronavirus in their country as "somewhat likely," while 42 percent see it as "very likely."

Sermo's press release says the survey was taken by 5,000 doctors; 1,662 of them answered the questions about treating coronavirus patients.

With the new numbers, the same caveats apply. This is not a scientific trial of the efficacy of Hydroxychloroquine or any other treatment, but rather merely a survey of the opinions and experiences of doctors.

The press release did contain an eye-popping anonymous quote from a pediatrician.

“I took Chloroquine for a year in southeast Asia to prevent malaria. So did another 3,000,000+ soldiers,” the doctor said. “I suffered no ill effects and this letter is proof of no death. The dead do not have time for the FDA's randomized clinical trials. Just ask them.”