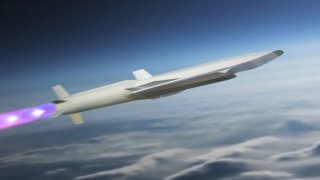 Since the 2000s, the United States has been developing nuclear weapons as part of their Conventional Prompt Global Strike (CPGS) program, though American hypersonic progress has accelerated in recent years. The quickened pace of research and development is directly related to similar initiatives overseas, primarily from Russia and China.

Russia has researched hypersonic weapons for the past forty years; however, the development of its hypersonic weapons projects has picked up significantly following the United States’ withdrawal from the Anti-Ballistic Missile Treaty in 2001 under George W. Bush’s administration.

Russia has two hypersonic weapon projects in development, the 3M22 Tsirkon, and the Avangard. If reports hold, Russia has already fielded the Kinzhal hypersonic air-launched ballistic missile. The three programs are capable of varying speeds—all hypersonic—and are expected to be fully operational by the early-mid 2020s.

One argument posits that China’s motivation for pursuing an effective hypersonic weapons capability is prompted by U.S. missile defense capabilities, which are regarded as very capable.

There is no doubt that the United States, China, and Russia have made the most progress in hypersonic weapons development, but they are not alone. Several other countries—including Germany, France, India, Japan, and Australia, to name a few—are also developing their own domestically-made hypersonic weapons technology. However, their programs are in much earlier stages than China, Russia, and the United States.

Still, other countries—South Korea, Israel, and Iran—have shown an interest in fielding a hypersonic weapons capability, though their progress in the field has been much more limited.