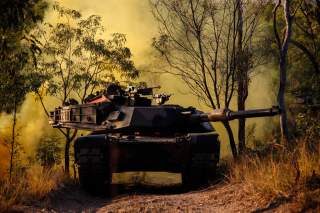 It’s easier to transport soldiers than tanks. That’s why the U.S. military maintains prepositioned stocks of weapons and supplies in depots near potential conflict zones, enabling arriving soldiers to grab their equipment.

But if conflict erupted in Europe, U.S. troops might find broken weapons and vehicles waiting for them, according to an audit by the Department of Defense’s Inspector General.

Auditors examined sites in Belgium, Italy and Norway. Yet they believe the problem affects U.S. depots across Europe. “While we only reviewed five locations, we believe our findings raise potential concerns regarding the maintenance of prepositioned stock at other U.S. European Command locations.”

Army and Marine regulations specify maintenance cycles and procedures to ensure equipment is immediately available when needed. But the Marine Corps’s Blount Island Command, responsible for prepositioned stocks, “did not perform or document maintenance on 30 of 36 weapons and 124 of 165 vehicles from our nonstatistical sample because officials did not develop maintenance requirements for weapons stored in protective packaging, develop standard operating procedures for recording completed maintenance, and monitor the completion of required maintenance,” the IG found.

Marine depots in Norway are located in caves and are operated by Norwegian civilian and military personnel, yet humidity levels were not monitored because the Marines didn’t tell the Norwegians to do so.

The Army didn't fare much better. The depot in Leghorn, Italy Army “did not ensure that 21 of 63 vehicles we nonstatistically sampled to test were maintained in accordance with Army regulations because the officials did not anticipate having to perform maintenance required for unscheduled operational missions.”

The audit did note that Army technical manuals did not specify who is responsible for maintaining humidity levels, inspecting equipment or how often preventative maintenance should be performed.

The part about not supply depot personnel not anticipating “unscheduled operational missions” is curious, given that the potential for unexpected missions to arise is why the Pentagon maintains prepositioned stocks, not to mention that the unexpected has always been the essence of warfare. The audit questions whether American troops could be deprived of vital equipment. “Without adequately managed prepositioned equipment, the Army and the Marine Corps may not be able to fully support a request to provide immediate crisis response when the need arises in Europe or Africa,” the IG concluded.

If the Cold War had turned hot, it makes one wonder whether U.S. troops would have flown into Europe, only to discover that their prepositioned weapons didn’t work. It also raises disturbing questions about prepositioned stocks, which are a vital component of U.S. strategy. Unless war breaks out with Canada or Mexico, any foreseeable conflict in which American troops will fight will be overseas. Unlike a continental power like Russia, which has the luxury of moving troops and heavy equipment by road or rail, the United States must either fly or ship whatever it needs to the combat zone. The more that’s already in position, the less that needs to be laboriously hauled over. But what’s there needs to work.