Imagine This: A Naval War Starts Next Year Between China and America 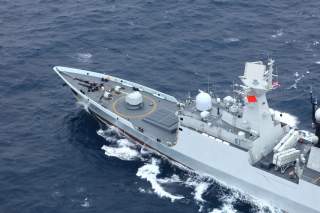 Key point: The Pentagon understands the threats it is facing.

Harry J. Kazianis serves as a Senior Director at The Center for the National Interest. You can follow him on Twitter: @grecianformula and on Linkedin. This article first appeared in 2015.