Introducing the SA80: The Worst Military Rifle Ever? 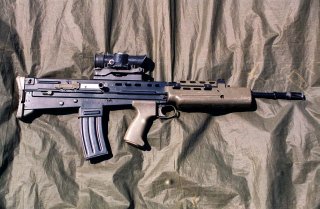