iPhone 9 Is Coming (And You Will Love the Price) 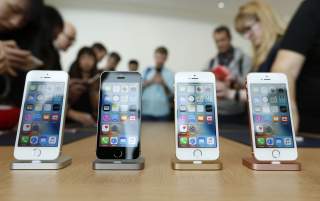 Between an impressive Samsung showing at this year’s Unpacked event and ongoing Coronavirus-related supply chain problems in China, Apple is emerging from a rough few weeks as it heads into a busy release season. Apple’s full plans for 2020 have yet to be revealed, but a steady stream of leaks from industry insiders familiar with Apple’s production process has given us a rough portrait of what to expect from this year’s flagship iPhone. At the same time, there is an increasingly large body of circumstantial evidence to suggest that Apple is gearing up to release a successor to the wildly popular iPhone SE-- and it may be coming sooner than you think.

Here’s what we know about the rumored “iPhone SE 2.”

The original iPhone SE launched in 2016, garnering positive reviews and healthy sales numbers. The SE project was guided by a clear design concept: take the snappy performance and long-lasting battery life that made the iPhone 5S a bestseller, cram it into a 4-inch display size form factor, and slash the price to $399. In fact, the SE’s affordable blend of performance and battery life has proven so compelling that it remains one of the best compact smartphones on the market-- especially in the deeply discounted $130-200 bracket that major retailers are still selling it for.

It’s only natural that Apple would seek to capitalize on the SE’s success, and the latest crop of leaks from respected Apple analyst Ming-Chi Kuo alleges that a new compact model is planned for the first quarter of 2020. There was overwhelming evidence of a March 2020 release, but it remains to be seen exactly how Apple’s plans will be impacted by the Coronavirus outbreak.

First off, it’s unlikely that the new phone will be called the “SE 2.”  According to an “informed source” who spoke with the blog Mac Otakara, an “iPhone 9” moniker is more probable. It’s widely believed that the screen size will be bumped up to 4.7- 4.9 inches, whilst maintaining a highly compact form factor through reduced bezels. Other, highly probable specifications include the same A13 chip that’s featured on the iPhone 11, guaranteeing silky-smooth performance for years to come.

There will be some corner-cutting to keep this phone at Apple’s planned MSRP of $399. The iPhone SE2/ iPhone 9 will likely come with 3 GB of RAM, a noticeable downgrade over the 4 GB of the iPhone 11 line. 3 GB may be a pittance by Android standards, but is nevertheless perfectly capable of powering Apple’s highly efficient iOS 13 software without performance hiccups. Also, the “Face ID” facial recognition system of Apple’s recent flagship models will likely be swapped out for the older “Touch ID” fingerprint sensor that’s embedded in a physical home button. Finally, the upcoming compact phone’s probable single-lens rear camera is all but guaranteed to fall well short of the current iPhone 11’s dual-camera setup with ultra-wide and night modes.

There are two things to note about these compromises: First, they seem fairly mild given all the other features that the iPhone SE2/ iPhone 9 brings at a highly competitive price point. Secondly, they speak to what may become a realignment of Apple’s sales strategy in the coming years. As Samsung’s Galaxy line continues to balloon in price, particularly in the transition from the 2019 S10 to the 2020 S20 series, investment and tech publications are seeing an opportunity for Apple to rebrand itself as the better-value option in the mid and premium-tier brackets of the smartphone market.

Image: The iPhone SE is seen on display during an event at the Apple headquarters in Cupertino, California March 21, 2016. REUTERS/Stephen Lam.