Iran Could Never Counter This Move: America Gives Israel F-22s and B-52 Bombers 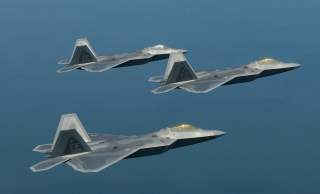