On Iran, Disinformation Has Become the Norm 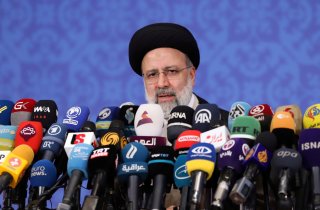 More than most countries in the Middle East and West Asia, international attention is gravitating toward Iran, which has become one of the crucial news hotspots of the world. Iran is not garnering interest because of all the fancy things typically associated with it: windcatchers and Persian gardens, millennia-old castles, saffron, carpets, or poetry; rather, it is at the heart of some of the most difficult conversations around nuclear security, terrorism, and human rights.

In a 2013 study, Elad Segev, an associate professor of international communication at Tel Aviv University, found that the centrality of Iran coverage in the media organizations worldwide is huge—maybe even outsized. On global news websites, Iran came after the United States, China, Palestine, Britain, and France as the sixth most frequently talked-about nation. On U.S. websites, Iran’s rank was even higher by then, trailing behind China and Britain as the third country receiving the most coverage.

Indeed, the research is nine years old, and trends have inevitably shifted ever since, but even if there have been fluctuations, they are arguably in favor of catapulting Iran into augmented salience and visibility. There has been the vaunted Joint Comprehensive Plan of Action that remodeled Iran’s relations with the international community, and the subsequent withdrawal of the United States from the deal under Donald Trump in 2018 which flung the world into a maelstrom of instability and put the spotlight on Tehran once more.

Iran’s omnipresence in the global media is not simply catalyzed by its importance as a nation or the singularity of events unfolding within its boundaries that don’t happen elsewhere. That said, rather than the reasons the Islamic Republic doesn’t slip from the news, it is the fashion in which those news packages are wrapped and purveyed that unmasks the broad contours of a chronic anomaly in reporting on the country: disinformation and misinformation.

Those who have followed Iranian affairs independently can testify there are acute flaws when it comes to portrayals of the nation. These are not negligible instances of inaccurate reporting but, in the preponderance of cases, deliberate attempts to churn out disinformation and misinformation to kowtow to sundry agendas. These deformities are so overwhelming that they alter the ways the global public perceives Iran, blight the Iranian public’s self-awareness, derail the calculations of the Iranian leadership on different matters, and hoodwink the international community into understanding and reacting to Iran misguidedly.

If you tune in to Iran’s state media to gauge the pulse of the nation, you will be fed an utterly propagandistic account of the status quo that hovers around familiar nationalistic tropes, namely that the country is making huge technological and economic strides, astonishing other countries with its indigenous achievements, fascinating more countries with its revolutionary grandeur, and the like. There is also the reproduction of this xenophobic discourse cultivated by the establishment that major powers are bent on undermining the nation’s security, which necessitates further restrictions on the internet and greater insulation and isolation. This breeds fear among the populace.

Take Press TV, the external face of the Tehran-based media as a 24/7 English-language broadcaster, which has prostrated itself to become a PR newsletter, not even for the government but catering to a hardline minority, with high-octane anti-Semitic propensities in its programming. It is busy grinding out substantive quantities of content about Iran’s presumed victory in a hypothetical ideological war with the West, the inefficiency of the international sanctions regime, a thriving economy and foreign trade as well as the Islamic Republic’s righteousness in its involvement in proxy wars across the Middle East.

Not least for the fact that most satellite operators have taken down Press TV for its propagation of false information and breach of the codes of ethics in reporting, exposure to the station’s programs affords the viewers a rather quixotic and illusory understanding of Iranian affairs: a welfare state in which nothing goes wrong, is dominating the world, and has the happiest people. A broadcaster that once had such distinguished hosts as Derek Conway, Andrew Gilligan, Ken Livingstone, and Nick Ferrari and was gaining momentum as a progressive station has now degenerated into a conspiracy theory platform whose depiction of Iran is often met with eye rolls and disregard.

The government’s ironclad grip on the media means the number of independent press outlets with pro-reform leanings that are prepared to countenance the costs of investigations and critical reporting is shrinking, and many imperative details about the state of life in Iran and the nuances of the country’s social, political, and economic dynamics are falling through the cracks, concealed from the global eyes.

But the glitch is not all about what the Iran-based media are not getting right.

The Persian-language broadcasters headquartered overseas, which are mostly affiliated with Iran’s kaleidoscopic opposition groups in exile, are doing a similar disservice to journalism. In their chronicles of Iran, there is a country that is on the cusp of disintegration, a popular uprising toppling the “mullahs” is looming “imminently”—as has been the case for the past four decades—people’s lives are strewn with immeasurable misery and torment, and the youths have no reason to be happy, even over the most basic forms of entertainment.

Iran International, a London-based TV station funded by Saudi Arabia, trots out vignettes of information about the country often based on statements taken out of context, unsourced and unsubstantiated “revelations,” spurious statistics, and sensationalized narrations with little resonance of serious journalism. From these reports, every viewer would believe Iran is an active conflict zone where the last vestiges of normal life have long vanished, and the country is a concentration camp with 85 million inmates. Its lack of professionalism is mirrored by separatists championing enigmatic ethnic agendas about the territorial integrity of Iran being regularly plugged as its correspondents and experts.

And then, there are the international media whose usually skewed coverage, often steered by “Iran experts,” perpetuates the dominance of disinformation and misinformation. The Iranian government, quite shortsightedly, refuses to license many foreign correspondents to operate in the country, which means professional reporters’ access to events and resources is gravely circumscribed. Also, many of those reporters and experts covering Iran from abroad are handicapped by their lack of familiarity with the language, sometimes their personal biases, and that they haven’t been to Iran altogether, which means they never retained a compelling vantage point to analyze what is happening there.

The upshot of these demerits is that while the scale of reporting on Iran is sizable, there is accordingly a bonanza of false, misleading information around the country that continues to be available to decisionmakers worldwide as library materials when they wish to chart their Iran policy, and to Iranian leadership as it evaluates global perceptions of its actions. The impairments spawned by constantly inaccurate reporting run the gamut from the heightened likelihood of miscalculation resulting in dangerous decisions to the closure of avenues for dialogue and understanding.

But there is an additional latent effect that is taking its toll on ordinary Iranians: the hypodermic impact of propaganda being unleashed on a civilian population daily by a media that feel unbound by principled, ethical journalistic paradigms. Scholars have been talking about this hypodermic effect which translates into audiences being victimized by media that retain the ability to manipulate our emotions by tapping into our fears or insecurities.

According to a Harvard scientist, an executive control network is embedded in our brain and tasked with higher-level functioning, including critical thinking. Fear instilled through propaganda is one of the ways analytical functioning is hampered. A case in point is how the psychological well-being of the Iranian people, targeted by relentless campaigns of persuasion and manipulation from every corner, typically bereft of any semblance of honest, professional journalism, is at stake.

Kourosh Ziabari is an award-winning Iranian journalist and reporter. He is a correspondent with Asia Times and a contributor to Fair Observer. He is the recipient of a Chevening Award from the Foreign, Commonwealth, and Development Office. He is also an American Middle Eastern Network for Dialogue at Stanford (AMENDS) Fellow and the East-West Center's Senior Journalists Seminar fellow. Kourosh’s writings have appeared in The Huffington Post, openDemocracy, Al-Monitor, Middle East Eye, Responsible Statecraft, Al-Arabiya, International Policy Digest, and BBC Persian. He tweets at @KZiabari.