Iran Says It Could Sink a U.S. Navy Aircraft Carrier 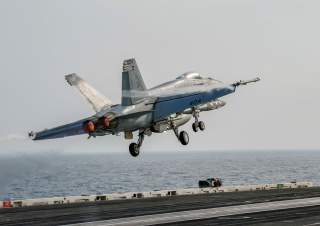 Key point: Iran likes to make threats, but even if it could pull this one off, it would lead to Iran's destruction.

This first appeared in 2014. Image: DVIDShub.