Israel’s Lightweight WASP for UAVs Could Be a Game Changer 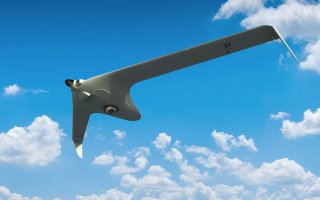 As technology increases the abilities of modern countries to do more with drones and collect more data from airplanes and helicopters, the need for lightweight, effective and easy-to-use surveillance is increasing. Israel Aerospace Industries, one of Israel’s three defense giants, rolled out WASP, a new aerial surveillance system on Feb. 8, 2021.

It calls WASP a “groundbreaking” system for persistent wide-area monitoring. Israel excels at surveillance systems like this. Rafael Advanced Defense Systems unveiled MicroLite in the summer of 2020, another system that can build a 3D model and be attached to UAVs. These kinds of systems all relate to the unique challenges Israel has faced, such as needing to keep track of a large area at all times and track a massive amount of data.

IAI Executive Vice President and General Manager of the Military Aircraft Group, Moshe Levy, said that the development of WASP exemplifies IAI’s novel strategy to intelligence, surveillance and reconnaissance (ISR) systems development, intelligence and information fusion capabilities. “By providing a highly detailed intelligence picture in a wide area, WASP provides excellent two-layer situational awareness that comprises both visual and intelligence information. As a compact and light system, it can be mounted on a range of platforms to provide strong intelligence capabilities already on the tactical level.”

IAI’s WASP provides persistence surveillance over a wide area and uses algorithms to automatically detect and identify moving targets. This is another key aspect of what Israeli companies are doing with surveillance. Years ago one of the challenges for drone operators was not only that a pilot had to fly the machine but other people, sitting at a neighboring desk, had to watch what was happening. However, when one is doing surveillance for days on end over a house or watching a large area, it’s better to have a computer look through the data and automatically determine what has changed. For instance, if you want to know if a tunnel is being dug, whether by terrorists or drug smugglers, you want to search for signs of changes in the landscape. It’s better to have a computer pick out areas of potential interest than have people watching all the time.

IAI’s new system is operable on a wide range of platforms, including tactical UAVs, manned aircraft and surveillance balloons, the company says. It calls this a new-generation system that provides a high-resolution situational awareness picture of moving targets day and night in a wide-area of interest. Electro-optics, infrared sensors and artificial intelligence all come together to make the system more effective.

“Compact, light-weight and requiring low power consumption, WASP complies with a wide range of aerial platforms such as tactical UAVs, drones, fixed and rotary wing aircraft or tethered surveillance balloons,” says IAI. “WASP’s coverage area and resolution changes according to its platform and operating altitude. Mounted on a tactical UAV such as the BirdEye 650D, WASP covers 2 square kilometers in optimal resolution to detect all types of moving targets. When mounted on a male UAV such as the Heron 1, the coverage area expands over 15 square kilometers to detect mostly vehicle size objects and the like.”

Systems like this are part of Israel’s increasing plunge into being one of the world’s top defense technology innovators. Israeli companies are heading for IDEX, the large defense exhibition in Abu Dhabi, for the first time in February 2021. These kinds of surveillance systems, especially lightweight gadgets that can be added to various platforms, exploiting open architecture and modifications, have made Israel increasingly popular worldwide. Israeli companies are often tightlipped on where they sell their systems. Many of these types of systems are also already tested or operational with the IDF, which many militaries find an added benefit because they are buying something that actually works in the real world. Even if they aren’t buying a system that is operational, they are acquiring part of the legacy of decades of experience in dealing with the latest terror threats.

Systems like WASP are particularly of interest because of the wide range of new UAVs that are coming onto the market, particularly smaller tactical UAVs. Israel makes many UAVs, such as Aeronautics Orbiter 4 and IAI’s tactical Heron. Many other countries are. Moving into this sector as well, and getting the best surveillance options is a necessity for them.