Israel's Nuclear Missiles Could Smash You Back to the Stone Age 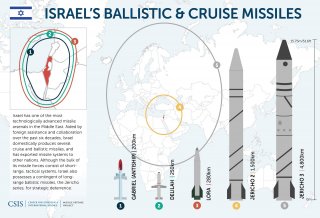