It’s Time to Go All-In on the EastMed Pipeline 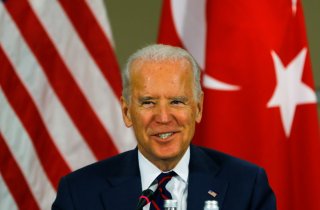 After a month of war in Ukraine, the world has learned that there is no substitute for energy security. Not only was curtailing American production of a vital resource shortsighted but also turning a blind eye if not encouraging growing European dependence on Russian oil was strategic malpractice.

Within the White House and State Department, that malpractice continues. Two months ago, the State Department reversed its support for the Eastern Mediterranean Pipeline that would bring Israeli and Cypriot gas to Europe via a pipeline from Cyprus to Greece. The scheme had broad diplomatic support. Cyprus, Egypt, Greece, Israel, Italy, Jordan, and the Palestinian Authority established a forum in Egypt to coordinate gas development. France also sought to join, and both the United States and European Union requested observer status. It was a masterstroke of diplomacy bringing European and Arab states as well as former rivals together for a common purpose.

Unfortunately, it occurred during the Trump administration, and so fell victim not only to the Biden administration’s hostility toward fossil fuels, but also to President Joe Biden and Secretary of State Antony Blinken’s mania to reverse any agreement the Trump administration supported without due consideration of its merits. A letter sent by Representatives Gus Bilirakis (R-FL-12) and Nicole Malliotakis (R-NY-11) to Naz Durakoglu, a former staffer to Sen. Jeanne Shaheen (D-NH) who now serves as a principal deputy assistant secretary in the State Department, devastates the State Department’s stated position and the falsity of the facts upon which Blinken acted.

Given Russia’s invasion of Ukraine, ignorance about the importance of a gas supply to Europe not subject to blackmail by hostile powers is no excuse.

The State Department initially withdrew its support for the EastMed Pipeline because it deemed it commercially inviable. This is misguided for three reasons.

First, base commercial calculations should not trump national security concerns. This was where Biden and Blinken erred with Nord Stream II. The issue was never, as the Germans suggested, commerce; it was the fact that waiving sanctions on Nord Stream II enriched and empowered Russian president Vladimir Putin. Likewise, the United States based its campaign against the Chinese telephone manufacturer Huawei on the security problems Chinese intelligence penetration of the company created. To wave those aside because Huawei’s phone might cost less would be incompetence.

Second, few in the State Department have any business experience and so have no grounding on which to determine financial viability. Blinken’s own inter-administration had more to do with selling contacts he had made as deputy secretary than in generating wealth by creating a product.

Third, there is Foggy Bottom’s inconsistency: While it now undermines the EastMed pipeline and raises questions about its capacity, it nevertheless identified the EuroAsia Interconnector, the EuroAfrica Interconnector, the Alexandroupoli Floating Storage and Regasification Unit, the Greece-Bulgaria Interconnector, and the Greece-North Macedonia Interconnector as “commercially viable.” This is akin to giving a clean bill of health to a tree’s leaves, limbs, branches, and roots, but then demanding the whole tree come down because a third country objects to the trunk.

Behind-the-scenes within the Biden administration, former Secretary of State John Kerry—now Biden’s climate envoy—wields power disproportionate to his position. Foreign heads of state, for example, have told me that Kerry representatives sat in on their White House meetings. Kerry’s animosity toward fossil fuels and his radicalism on climate issues is not news. Nor is that of many progressives to whose demands Biden often folds. It would be wrong to undermine the EastMed pipeline for climate issues, however, since the gas it would transport would replace that which once flowed from or through Russia rather than add to European dependence on hydrocarbons.

Too many in the State Department seek to reward Turkey for cessation of behaviors in which it never should have engaged in the first place. Doing so only incentivizes Turkish president Recep Tayyip Erdogan’s destabilizing behavior further. This is the case when the State Department either encourages further reliance on hydrocarbon transit through Turkey or even supports an alternate Israel to Turkey pipeline. The problem with the former is not only that Turkey openly supports terrorist groups like Hamas, but also that the Islamic State never would have established itself in Syria and Iraq had it not been for the logistical support that Turkey provided its fighters. It is also hypocritical to reward or resource Turkey when it continues the same type of occupation in Cyprus that Russia now seeks in Ukraine. Rather, to give any credence to Erdogan’s Israel-Turkey pipeline proposal is to justify Erdogan’s expansive land and maritime territorial grabs since such a pipeline would, at a minimum, violate the Lebanese and Cypriot exclusive economic zones, something Turkish writers remain ignorant of or deliberately obfuscate.

Gas from Cyprus’ Aphrodite field should come online soon, and Israel’s Leviathan field is prepared to augment its output. For Biden and Blinken to deliberately undercut European gas alternatives neither furthers national security nor combats climate change; rather, it empowers irredentists in Russia and Turkey and diminishes America’s reputation in Europe. If “diplomacy is back” is to be more than a Biden administration slogan, it is time for Biden to wholeheartedly embrace the EastMed pipeline. It is ironic that the only policy left over from his predecessor that Biden embraces is to treat adversaries better than allies, and to fill the treasuries of dictatorships at the expense of democracies.