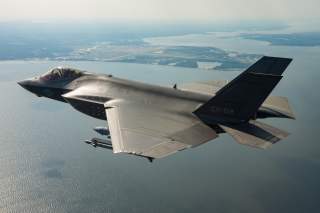 Officials from Japan's ruling Liberal Democratic Party and its junior coalition partner Komeito agreed in a Dec. 5, 2018 meeting to acquire 99 Lockheed Martin F-35s to replace an equal number of Boeing F-15s that Japan acquired in the 1980s.

Japan already has 42 F-35s on order at a cost of around $7 billion. Tokyo selected the conventional-takeoff F-35A model to replace the Japanese air force's 73 aging F-4E fighters, which in 2018 still served with two squadrons in the air-defense role.

The 99 F-35s will replace the oldest of Japan's 201 F-15Js, which are incompatible with major upgrades. The other 102 F-15Js are Multi-Stage Improvement Program models that are roughly similar to the U.S. Air Force's own late-model F-15Cs.

The F-15J equips seven front-line squadrons in the air-defense role. The 99 extra F-35s could equip three or four of the squadrons, leaving upgraded MSIP F15Js to soldier on with the remaining units.

Some of the 99 F-35s from the second batch of stealth fighters will be vertical-landing F-35B-model jets, officials said. The Japanese government is considering modifying its two Izumo-class helicopter carriers to embark F-35Bs, in essence converting the vessels into small aircraft carriers.

The decision to acquire more F-35s clarifies the Japanese air force's force-structure plans, ensuring that the world's fifth largest air arm roughly maintains its inventory of modern fighters as China and Russia continue to modernize their own, larger air forces.

There's just one open question. What fighter type will replace the 1990s-vintage F-2 "support fighters" flying with three squadrons in the maritime strike role? In order to maintain its aerospace industry, Japan tends to license foreign fighter types for domestic production, as it has done with the F-4, F-15 and F-35.

But Japan also has developed its own fighters. The F-1 support fighter, which the F-2 replaced in the late 1990s and early 2000s, was a purely Japanese plane. Between 2016 and 2018, the Japanese Ministry of Defense Technical Research and Development Institute flew the X-2 stealth-fighter demonstrator for research purposes. Tokyo considered developing the X-2 into a front-line type.

But the high cost -- potentially tens of billions of dollars to design and produce just a hundred or so planes -- proved prohibitive. Instead, in 2018 the Japanese defense ministry invited foreign manufacturers to propose joint ventures with Japanese industry.

Lockheed Martin reportedly pitched versions of the F-22 and F-35. Boeing proposed an advanced F-15. BAE Systems offered Japan a role developing the British-led Tempest stealth-fighter concept. At the same meeting where the Liberal Democratic Party and Komeito decided to acquire more F-35s, party officials bumped back any decision on an F-2 replacement to the five-year planning period beginning in 2019.

The new mix of fighters could mean big changes for Japanese air force planners. The F-35 essentially is a ground-attack aircraft with a secondary air-superiority role and, as such, carries just six air-to-air missiles in its stealthiest configuration.

By contrast, the F-15 carries eight missiles as its standard loadout. Replacing F-15s with F-35s reduces the air force's "magazine depth" -- that is, the total number of missiles it can bring to an aerial battle.

Magazine depth could prove decisive in a war with China, which operates twice as many fighters as Japan does.

It probably is no coincidence that, at the Japan International Aerospace Exhibition in Tokyo in November 2018, Boeing displayed a model of an F-15 variant capable of carrying 18 air-to-air missiles. Tokyo could compensate for the F-35’s smaller weapons load by upgrading its remaining F-15s to haul more missiles.

In any event, with the F-35 the Japanese significantly could enhance their strike capability.