Japan Has Something Called "Helicopter Destroyers" (Code For Aircraft Carrier?) 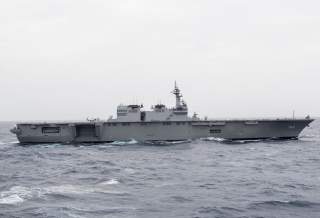 Key point: No matter what Toyko calls them, having ships with flat tops and F-35 fighters means Japan has carriers once again.