Joe Biden Should Worry: China Has a Plan to Invade Taiwan 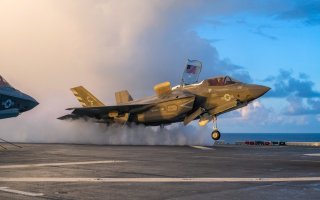 China could attempt an air and maritime blockade around Taiwan as part of a broad strategy to pressure the country into surrender, according to a Defense Department report that was published this year.