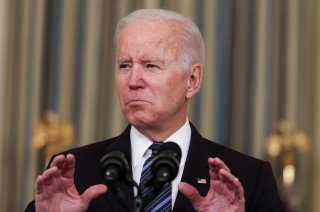 Officials from the Organization of the Petroleum Exporting Countries (OPEC+) cautioned on Monday that the oil cartel intended to react to plans by a handful of major nations, including both the United States and China, to lower oil prices by releasing oil from their strategic reserves.

The announcement is slated to be released on Tuesday. In it, President Joe Biden is expected to outline a plan to keep oil prices low, in an informal alliance with China, Japan, South Korea, and India, all major oil-importing countries. Each of the five nations is expected to release a part of its strategic oil reserves; for the United States, roughly thirty-five million barrels are reportedly expected to be withdrawn from the U.S. Strategic Petroleum Reserve, a series of underground tanks in Texas and Louisiana that can hold more than seven hundred million barrels of oil at full capacity.

This ambitious move by a consortium of non-OPEC+ members, who have historically had very little influence over the global oil trade, appears to have led the cartel to pursue counter-action. Delegates to the energy alliance, which includes both the core nations of the Organization of Petroleum Exporting Countries (OPEC) as well as allied nations such as Russia, have described the prospective plan as inappropriate, arguing that current oil prices should remain at their current levels. They have also suggested that they might lower production targets in response to the plan in an attempt to keep prices as high as possible. OPEC+ is scheduled to meet next week to discuss further oil production in 2022.

A price war between oil exporters and importers, including the unlikely prospective alliance between Washington and Beijing, would represent the most significant oil price war since a public spat between Saudi Arabia and Russia in early 2020. Oil prices have substantially increased following a collapse at the onset of the coronavirus pandemic, and the price increase has coincided with high rates of inflation in the United States, generated in part by the strong economic recovery but causing unpopular price increases across the board.

Biden has been the target of criticism for the high prices of gas and other commodities, driven in part by damage to U.S. supply chains during the pandemic. Earlier in the year, he pushed OPEC+ to produce more oil in order to lower prices, but the cartel had rebuffed him.

The issue of coordinated oil releases was a matter of discussion between Biden and Chinese President Xi Jinping during their virtual summit in mid-November, and if successfully implemented could help to repair strained relations between the two countries.