L85A1L: This Could Have Been the Ultimate Rifle. So What Happenned? 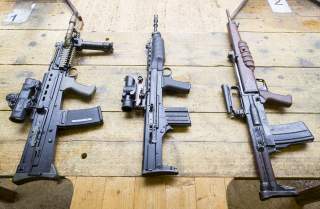 The rifle was praised for its accuracy when it worked properly, but that was nowhere near often enough.

In the mid-1980s, the United Kingdom became the first major NATO power to adopt a so-called “bullpup” assault rifle. The L85A1 Individual Weapon was unique in that it placed the rifle’s operating system and magazine well behind the trigger. The result was a weapon as short as a submachine gun with the performance of an assault rifle. The adoption of the L85A1 was a watershed moment in the history of small arms marred by the the rifle’s poor performance in the field.