Leveling Up: AI Co-Pilots Are the Future of Flying 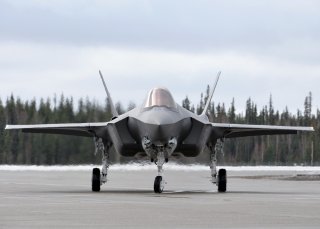 While the U.S. Air Force is capable of flying unmanned fighter jets and drones, it is unlikely that the need for human pilots will disintegrate anytime soon. There are some variables, faculties, and advantages unique to human cognition that mathematically-oriented, artificial intelligence (AI)-capable algorithms simply cannot replicate.

A U.S. Air Force experiment in 2020 used a human pilot in tandem with an AI-enabled computerized co-pilot to optimize the merits of high-speed AI-capable data processing and the unique attributes of human cognition into a single air-combat platform. Certainly, the ability to leverage high-speed, AI-empowered information processing offers the best option, given that so much data can now be gathered, analyzed, and transmitted accurately without human intervention. Computers can match threats against a database library, analyze prior war scenarios to find the best weapon for a particular scenario, or assess navigational, weather, and ground target information in relation to one another in milliseconds. Thus, a human user supported by an AI pilot may be the best approach.

The AI algorithm, called ARTUu, flew along with a human pilot on a U-2 Dragon Lady spy plane, performing tasks that would “otherwise be done by a pilot,” an Air Force report from 2020 about the development stated. “ARTUu’s primary responsibility was finding enemy launchers while the pilot was on the lookout for threatening aircraft, both sharing the U-2’s radar,” the Air Force report said.

The crux of the debate is based on the extent to which attributes unique to human cognition can be closely approximated or even replicated by machines. How can mathematically-engineered computer algorithms address, express, or analyze subjective phenomena such as intuition or elements of intent? Humans are composed of a delicate, complex, and still somewhat mysterious mixture of thoughts, feelings, and psychological complexities, many of which simply might not be calculated by machines.

Many kinds of fast-changing dynamics, particularly those involving concepts or more subjectively determined variables, are best left to humans.