The Little-Known Role of Digital Engineering in America’s ICBMs 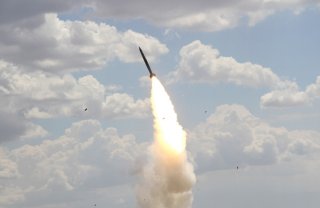 The Air Force’s emerging ground-based strategic deterrent (GBSD) next-generation intercontinental ballistic missile (ICBM) is on the production fast track. The service’s sixth-generation fighter is already airborne years ahead of schedule for a few key reasons. One of them is digital engineering, a fast-spreading technique showing progress across a wide range of weapons systems. Digital engineering relies on simulations and computer modeling to maintain developmental fidelity and detail without having to wait years to actually “build” large numbers of prototypes.

“Digital engineering is allowing us to go at a quick pace and focus on meeting milestones we have established,” Greg Manuel, Northrop Grumman’s sector vice president and general manager, told the National Interest. “We will start our production program in 2026, with some early procurement in 2024 of long-lead items that can take a year or two to build. Digital innovation has afforded us the opportunity to build, deliver and meet what would have been a potential gap between Minuteman III and GBSD. We are on a path to meet the Air Force expectation.”

Digital engineering allows the GBSD to sustain the U.S. ground-fired ICBM fleet well into the 2070s and beyond with new levels of targeting and guidance technologies. These software upgrades can improve a weapon’s guidance systems, technologies and sensors. This is an important factor given that the new ICBM is to operate against a new generation of enemy threats and countermeasures for decades to come.

The early designs of the weapon included a pathway for potential upgrades. It would make sense that the weapons were built to accommodate modernization given that the U.S. Air Force has a long history of upgrading and maintaining ICBMs.

“We’ve made good progress on engineering the weapons systems,” Manuel added. “Digital engineering is paying off quite well for us and expediting knowledge.”

Digital engineering brings the added advantage of being able to save time and lower costs by assessing and testing designs before “bending metal.” It is proven to very reliably replicate weapons system performance through simulation to give developers a realistic and quick estimation of key performance parameters and design effectiveness.

“You can imagine that Minuteman III was designed with 1960s technologies to last for ten years... GBSD is designed in a digital environment to last fifty years with current technology to drive out the risk of the development of the program and build in an ability to have adaptability and flexibility,” Manuel added.

“We... have sensors to help you understand what is going to break before it breaks,” he said. “There are a lot of moving parts that have to get maintained using this digital environment. Tens of thousands of parts will be monitored and on alert every single day, as this is the only weapon system that works every single day and stands on alert. Every launch facility will actually come with a configuration book that we call a ‘digital threat.’ Every product will have the heritage of where it came from.”

Kris Osborn is the defense editor for the National Interest. Osborn previously served at the Pentagon as a Highly Qualified Expert with the Office of the Assistant Secretary of the Army—Acquisition, Logistics & Technology. He has also worked as an anchor and on-air military specialist at national TV networks. He has appeared as a guest military expert on Fox News, MSNBC, The Military Channel, and The History Channel. He also has a Master's Degree in Comparative Literature from Columbia University.