Lockheed Martin and Aerojet: A Merger That Will Make America Safer 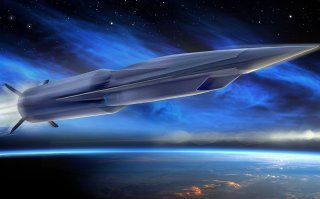 Lockheed Martin’s efforts to acquire Aerojet is an initiative that, not unlike Northrop’s acquisition of Orbital ATK several years ago, is generating clearly unfair comments and criticisms on the basis that it will somehow raise antitrust issues and compromise needed competition from within the defense industrial base.

However, all of this is untrue.

Arguments about diminishing competition among defense sector firms are familiar to most defense observers, however the contention that a merger of this kind might impair or somehow compromise the kind of innovation needed to address changing global threats does not make any sense whatsoever.

This incorrect argument goes something like this: defense industrial base consolidation can reduce the ability for small companies to pursue enterprising kinds of innovations or technical initiatives likely to drive rapid modernization and free-market competition.

Looking at mergers such as Northrop and Orbital ATK, Raytheon and UTC, and some others, there certainly has been consolidation to a large extent within the defense industrial base. This is likely one of the reasons why the Federal Trade Commission mandated certain guidelines for Northrop. Those requirements include that they firewall the majority of their businesses from elements related to Orbital’s production of rocket propulsion technologies.

Despite these precautions, detractors argue that a Lockheed-Aerojet acquisition would still reduce the possibilities for innovation anyway. But if the proper mechanisms are taken to ensure competition, would that really be the case?

Lockheed and Aerojet: A Winning Combination

The answer to any objective observer is a clear no.

No way, to put it rather bluntly.

In fact, it could be argued the Lockheed-Aerojet merger is a smart move that can only make the U.S. defense industry more dynamic and prepared for the threats of the future, such as great power competition from China and Russia, who are modernizing their armed forces at a rapid clip.

There are several reasons why this is the case, such as the growing extent to which the largest defense firms have been immersed in innovation, both in competition with one another as well through collaboration.

Lockheed’s F-35 Joint Strike Fighter, for example, is an integrated system with technological components from as many as 1,000 small business suppliers, according to Lockheed’s F-35.com website. Also, the F-35 contains major subsystems from many of Lockheed’s large competitors.

For example, Northrop makes the Active Electronically Scanned Array and other kinds of F-35 avionics, software, and communications technologies, Raytheon makes F-35 Electro-Optical targeting sensors, BAE Systems is involved in manufacturing parts of the tailfins and fuselage for the aircraft and General Dynamics makes the F-35s 25mm cannon. As part of this kind of process, there is massive amounts of competition among small and large vendors to provide subcontractor support on the F-35. This phenomenon is also true of many other large platforms across the service.

The other piece of this dynamic innovation circle, which is many times overlooked, is that while the major defense vendors produce well-known large platforms, they also engage in large amounts of innovation.

For example, Lockheed’s famous Skunk Works is known to operate well ahead of the curve regarding the extent of technological possibility, as evidenced by the number of ground-breaking programs it has created, including the U-2 spy plane and F-22 stealth jet fighter.

Raytheon has in recent years created its own Skunk Works equivalent called Advanced Concepts & Technologies, which is producing new breakthrough systems such as laser communications networking.

Most if not all of the large defense firms invest hundreds of millions every year in internal Research & Development (R&D) aimed to anticipate, meet or be in front of emerging U.S. military requirements for new capabilities. The strategy is to draw upon internal academic and engineering experts to succeed in envisioning the kinds of technologies and systems the military is likely to pursue. The majority of defense R&D comes from the largest defense firms.

“In 2019, the U.S. led the world in R&D spending, but China is rapidly closing the gap. Top defense company R&D is a quarter, proportionally, of what Facebook, Amazon, and Google spend,” a Pentagon document called “a 21st Century Defense Industrial Strategy for America,” writes.

Added to this equation, entities such as the Office of Naval Research, Army Research Laboratory (ARL), or Air Force Research Laboratory (AFRL) regularly find and fund small businesses, many of whom compete for grants and opportunities for academic collaboration. For example, the AFRL and ARL are working intently to solicit small company input on a wide sphere of areas to including lasers, hypersonics, sensing, and artificial intelligence.

A Paradigm Shift in the Making

The defense industrial base is also experiencing a paradigm shift in many respects.

While major manufacturing of large platforms such as tanks, aircraft carriers, and fighter jets still takes place in the United States to a very large degree, Pentagon reports do express concern about the overall level of foreign involvement in the defense process. Further, much of the most cutting-edge innovation is taking place in the realm of software and digital technology, as opposed to physically “bending metal,” a circumstance that invites more innovation from smaller firms less likely to be able to manufacture or produce large weapons systems.

All of this can only prove one thing: that many large or expanding companies are not only involved in major innovations but are also generators of significant volumes of free enterprise competition by virtue of the number of small companies who compete for sub-tier supplier deals. Furthermore, with government funding in particular areas of defense innovation being unpredictable or subject to large fluctuations, being acquired may simply be a way that small innovators can survive and stay in business.

If small companies are kept in business to an extent by large, parent companies funding them so they can survive through drops in short-term revenue, then enterprising experimentation and innovation is more likely to increase. The bigger the cash flow large companies have, the more resources they have to allocate to smaller businesses in their portfolio. As one of just a few companies building rocket propulsion technology for major weapons systems, some have suggested that Aerojet might need Lockheed to stay competitive with its Northrop-acquired competitor, Orbital ATK.

It is also possible that a lack of stable funding, coupled with now declining defense budgets, also introduces a dynamic wherein major companies might be more hesitant to enter the defense arena as an avenue for innovations.

Therefore, this notion that consolidated or merged firms massively reduce innovation and free-enterprise competition is misplaced considering such variables. If there is concern about consolidation leading to an anti-competitive industrial base, then perhaps a solution is to simply enforce the tools the government must ensure competition, as was the case in the Northrop-ATK deal.

In fact, this kind of approach might ultimately favor both more competition and more innovation by virtue of keeping companies—who might otherwise disappear—more likely to pursue defense sector business opportunities.

Some degree of regulated defense industry consolidation can not only help to preserve competition to a large extent but also help reduce U.S. defense industry reliance upon foreign investment. The Pentagon’s 2020 A&S Industrial Capabilities Annual Report found that the Defense Industrial base has some real “fragile spots” regarding its reliance upon single sources and foreign investment.

But America now has an opportunity to reduce one of these fragile spots.

Make no mistake, the Lockheed-Aerojet merger is an extremely positive thing for the defense industrial base and U.S. global technological superiority.

This deal is clearly in the best interests of the country and takes into account the need to sustain technological superiority over adversaries, a pursuit that has only become more strained and challenged in recent years.

Simply put, this merger is about capability more than anything else, and responsible provisions can be put in place to ensure sufficient competition is maintained.

There is no logical reason for this deal to be stopped—although Moscow, Beijing, Tehran, or Pyongyang would be pleased if it were. That simply cannot be allowed to happen.