Love it or Hate it?: China Is Studying Russia's New Su-57 Stealth Fighter 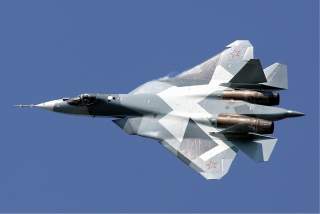 Perhaps the main lesson should be that, despite their differences of philosophy, the Russians and Americans both armed their stealth fighters with guns.