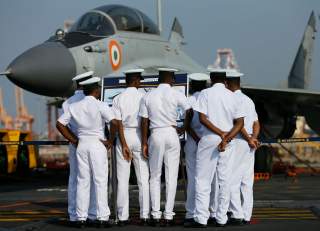 The massive retaliatory scripture in the publicly released Indian nuclear doctrine of 2003 has been a bone of contention for Indian nuclear theorists since its declaration. Many theorists have argued of the incredibility of the posture, especially in the face of the tactical nuclear weapons threat from Pakistan. These theorists have gone on to suggest that some form of proportionate retaliation is required to successfully deter this threat. Recent studies of Indian missile force structures seem to indicate that it is indeed developing capabilities for proportionate retaliation. One of India’s former national security advisors even pointed out that there is nothing in India’s nuclear doctrine that prevents it from launching a proportionate response to nuclear first-use. The thought of proportionate retaliation is predicated on the assumption that escalation in a nuclear conflict can be controlled. History is, however, wrought with examples that suggest the contrary and it is these very examples that suggest that India should stand by massive retaliation.

Some Indian analysts point to the U.S. experience with a massive retaliatory doctrine under the Eisenhower administration to decry the policy’s use in general and to advocate for a shift towards a flexible response strategy. Others argue that the United States recent reintroduction of theatre nuclear weapons are a justification to introduce such weapons in an Indian context. However, they fail to take cognizance of the threat environment that the United States found/finds itself.

The doctrine of massive retaliation was introduced in 1954, when then Secretary of State John Foster Dulles stated at a Council of Foreign Relations conference that “local defenses must be reinforced by the further deterrent of massive retaliatory power,” adding that the West should be able to “respond vigorously at places and with means of its own choosing.” The term “local defenses” is crucial as it refers to the extensive U.S. alliance commitments in Europe and East Asia to counter the spread of Communism. The U.S. homeland was not directly threatened in any meaningful way and, hence, such retaliation would be tantamount to inviting nuclear retaliation on the U.S. homeland, making the threat itself incredulous.

In fact, the Kennedy administration’s 1962 flexible response posture was adopted in the hope that any nuclear exchange would be contained in Europe or the immediate battlefield and the U.S. mainland would remain untouched. Indeed, the 2017 Nuclear Posture Review also identifies the emerging threats as China, Russia and North Korea (similar to threats during the early days of the Cold War) and the theatres of conflict to be Taiwan, the South China Sea, the Korean Peninsula and Eastern Europe. These large geographic boundaries and clear demarcations allow some implicit thresholds to be obvious, although there would still be vast ambiguities in any nuclear conflict.

India’s geostrategic environment is markedly different. The Indian theatre of conflict with Pakistan is in direct contact with Pakistan and there are a number of key population centers on both sides of the border that will either be in the theatre of conflict (such as Lahore and Sialkot) or in close proximity to any such theatre (for example, Islamabad and Amritsar). The implicit geographical thresholds in the case of the United States become all the more blurred when looked at through the India-Pakistan dyad.

Proponents of proportionate retaliation further fail to explain what would constitute a proportionate response and how targets would be classified as proportionate. Identifying thresholds in conventional war is in itself a cumbersome task and history has shown that many conventional conflicts have escalated considerably because thresholds weren’t recognized. If such a situation ever occurs, Pakistan’s first-use of nuclear weapons would be at a time when its military forces were already considerably degraded. A proportionate response against its military under such circumstances may not even be considered proportionate by the Pakistani military, forcing a dangerous nuclear escalation spiral.

Furthermore, there is a fair chance that most Pakistani military units will be located close to population centers due to the urbanized nature of some of the theatres along the India-Pakistan border—potentially causing massive collateral damage and inciting an escalatory response. Selecting civilian population centers for proportionate retaliation will likely be all the more difficult for India considering the asymmetries in population, economies and geographical size of the two countries. Moreover, tight civilian control over nuclear weapons in India means that target selection will take more time as damage assessments will need to be conducted before targets for retaliation are selected. Across the border, however, tactical nuclear weapons will likely be delegated to Pakistani field commanders who may have the discretion to choose their own targets without properly assessing the damage incurred. Owing to these asymmetries in military strength, population, economy and geographical size, retaliation against each selected target can easily be misinterpreted by the opponent and lead to further inadvertent or accidental escalation.

Past conflicts have also shown how it is always easier to escalate rather than de-escalate a conflict. In war, once a threshold has been traversed, rarely has a conscious decision been taken to scale down from this level. Instead, the conflict usually reaches a new level which continues on until the end of the war. The strategic bombing of civilian population centers during World War II began accidentally, but continued until the very end of the war with Germany launching V2 missile attacks against British cities even after it had lost much of Europe to the Allies. Other prominent examples include the use of chemical weapons during World War I and the Iran-Iraq War and unrestricted submarine warfare again in World War I. These difficulties in intra-conflict de-escalation coupled with the high probability for inadvertent or accidental escalation make nuclear conflict termination very difficult. This entire problem gets exacerbated when one considers that the missile flight times between India and Pakistan are quite short given their geographical proximity, which leads to shorter time-frames for decision making.

Once hostilities break out between India and Pakistan, the priority of India’s posture will shift from that of general deterrence to that of intra-war deterrence and defense. In Pakistan, there is still a debate in the role tactical nuclear weapons play in its national security objectives. Some analysts argue that the Nasr—Pakistan’s most publicized tactical nuclear weapon—is still a “force in being” while others argue that these weapons have battlefield utility and can be used successfully to stymie an Indian conventional advance. The latter group’s belief is that escalation can be controlled, and that Pakistan can “get away” with a limited nuclear exchange (as it can be safely assumed that group of advocates will also expect that there will some form of Indian retaliation). A massive retaliatory posture looks to trump this very assumption and is likely to push the nuclear threshold higher in a conflict. It seeks to impose costs on Pakistan that are beyond what Islamabad is likely to be able to accept. This will also give further credence to any limited conventional war doctrine India looks to profess and to create space for the use of force in general.

Further, should nuclear deterrence fail, the priority of India’s nuclear posture will shift from that of deterrence to that of defense. The logic goes that proportionate retaliation will allow a country to incur lesser costs in a nuclear exchange (compared to massive retaliation) as the costs the country will be imposing are of equal or only marginally greater magnitude. The hope is that Pakistan will either be coerced into terminating the conflict or that the conflict will be terminated mutually. As discussed above, however, this is a very unlikely scenario.

In such a situation where the adversary has the capability to meet India’s own capabilities at every possible level of the conflict, graduated escalation (either deliberate or inadvertent) is unlikely to succeed in damage limitation. Such a graduated escalation strategy was attempted in Vietnam by way of Operation Rolling Thunder but did not achieve the intended results. If force is to be applied successfully, its application needs to be decisive and sudden such that the new status quo is in favor of the applier. A massive retaliation doctrine allows India to apply force in a manner consistent with the putative rules of the application of force and not incrementally as was attempted in the Vietnam War.

Target selection however, remains one of key areas which continue to bog down the massive retaliatory doctrine. Many have pointed out the credibility shortfalls of a counter-value targeting doctrine. A counter-value doctrine will also leave India open to the possibility of a third strike from Pakistan with the remainder of its nuclear arsenal (which will also likely be massive strike). A counter-force doctrine on the other hand, while partially addressing issues of credibility and third strike, will most definitely lead to an arms race on the subcontinent (if one hasn’t already begun). This would go against most of India’s international efforts of disarmament and would be detrimental to its national interests, especially at a time when India is trying to further embed itself in the global nuclear order. In addition to this, there are massive challenges in implementing a counter-force strike as it would require near-perfect intelligence and precision strike capabilities, all of which are currently in only nascent stages of development. This problem will get exasperated once Pakistan diversifies its second-strike capabilities to include submarine launched cruise missiles.