Meet the 5 Best Handguns, Shotguns and Military Rifles on the Planet 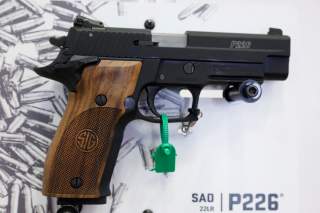 The Heckler and Koch 416 assault rifle is arguably a step up from the M4 carbine. Outwardly similar to the M4 in appearance, internally the rifle uses a gas-piston operating system, not the direct-impingement system used by the M4.