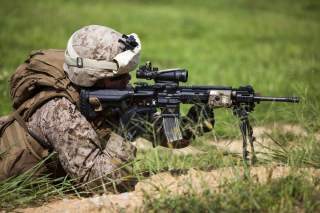 The 416 is designated the M27 Infantry Automatic Rifle in U.S. Marine Corps service, and is being issued to all Marine infantrymen.

The M27: The Automatic Rifle That Will Make the U.S. Marines Even Deadlier