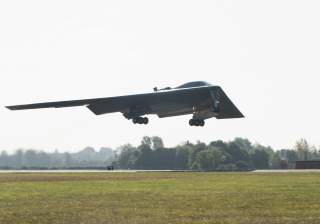 Key point: America's new B-21 bomber will be very advanced and difficult to stop.

When the Air Force revealed its first artist rendering of what its new Long Range Strike – Bomber looks like, former Air Force Secretary Deborah James made reference to plans to engineer a bomber able elude detection from even the best, most cutting-edge enemy air defenses.