Meet Britain's Very Own B-52: The V Bombers 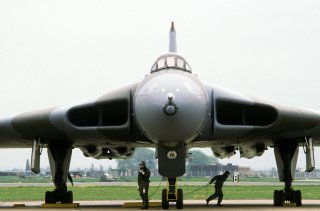