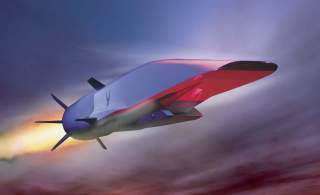 Michael Peck is a contributing writer for Warrior Maven and The National Interest.

Welcome to the Hypersonic Arms Race