Welcome to the Hypersonic Arms Race 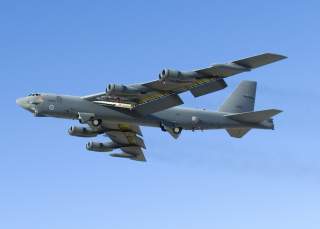 These days, with Capitol Hill divided and at odds with the White House, the opportunities for political compromise seem dimmer than ever. However, all concerned can still agree that an emboldened Russia and increasingly aggressive China represent a threat to the national security of the United States, and to the safety of our allies. So it should be troubling to both sides of the aisle that these two nations are rapidly developing weapons against which the United States currently has no defense.

According to a recent study by the U.S. Government Accountability Office (GAO), “China and Russia are pursuing hypersonic weapons because their speed, altitude, and maneuverability may defeat most missile defense systems, and they may be used to improve long-range conventional and nuclear strike capabilities. There are no existing countermeasures.”

Indeed, hypersonics represent a very real and rapidly maturing threat. These systems fall into two categories: hypersonic cruise missiles, which are propelled by jet or rockets, and hypersonic boost-glide vehicles that are launched from a ballistic missile. These highly maneuverable missiles are capable of carrying conventional or nuclear payloads and can travel at more than five times the speed of sound.

Think of them as a new generation of incredibly fast—and exceedingly nimble—missiles. Unlike ballistic missiles, which have been around since the Second World War, hypersonics do not follow parabolic trajectories that allow for predictable interception. To shoot down an intercontinental ballistic missile (ICBM), traditional missile defenses can accurately track the target and “hit a bullet with a bullet.” But dealing with hypersonics is like trying to hit a bullet that can change direction in mid-flight.

The number of defensive systems capable of doing so is exceedingly small. The U.S. Terminal High Altitude Area Defense (THAAD) system might be the only interceptor currently in operation that even has a fighting chance of combatting hypersonic threats. But THAAD has a very restricted coverage area, and is significantly handicapped by its inability to precisely monitor and target a hypersonic weapon.

Current radar systems, too, are simply inadequate for the task. Even if operators are aware of a launch, existing land based radars aren’t currently able to accurately track the hypersonic projectile and cue an interceptor to hit it. Space-based tracking cannot help either, because hypersonic weapons fly high up in Earth’s atmosphere in an area too low for current space-based ballistic missile tracking systems to pick them up.

Curiously, however, little attention has so far been paid to the development of hypersonic weapons. Michael Griffin, the Pentagon’s Under Secretary for Research and Engineering, has been one of the only voices advocating for hypersonic weapons research. In a recent meeting, Griffin referred to the weapon as a “game changer” and noted that “in the last year, China has tested more hypersonics than we have in a decade.” If America wants to keep pace, he concluded, “we’ve got to fix that.”

Nor is China the only country investing in hypersonics. On December 26th, Russia reportedly conducted a final successful flight test of its “strategic” hypersonic Avangard missile, which traveled at twenty times the speed of sound and hit a target at a range of 3,500 miles. And both it and China are known to have a number of other hypersonic weapon projects in various stages of development.

In other words, a new arms race is already underway. As the hypersonic weapons programs of America’s adversaries continue to mature, so too does their ability to hold the U.S. military and our allies at risk on a number of fronts.

First, these weapons travel so fast that the amount of time decisionmakers will have to respond, or even to react, will be dramatically reduced.

Second, the speed and unpredictability of their flight path represent a major concern—and could allow an adversary to destroy high value mobile targets (such as aircraft carriers or mobile ballistic missile launchers) and leave forward-deployed U.S. troops unprotected.

Third, if hypersonic weapons are deployed before the United States has developed a response, they may become a (relatively) low cost solution by which adversaries can rapidly erode our current military advantage.

Finally, because hypersonic weapons are capable of carrying both nuclear and conventional payloads, any launch could leave military leadership guessing and could lead to uncontrolled military escalation.

To be sure, the U.S. military isn’t sitting by idly. A number of offensive hypersonic programs are in development by the Pentagon and dedicated contractors. It is not yet clear, however, if the deterrence created by such capabilities will be enough to give our adversaries pause. And, with the notable exception of the “glide breaker” project that has been proposed by DARPA, we currently lack the ability to counter and neutralize hypersonic threats.

In order to develop those, however, we desperately need government attention—and investment. The technical solutions to the growing hypersonics challenge are not insurmountable, so long as they are not stymied by domestic political gridlock.

Richard M. Harrison is Vice President of Operations and Director of Defense Technology Programs at the American Foreign Policy Council in Washington, D.C.