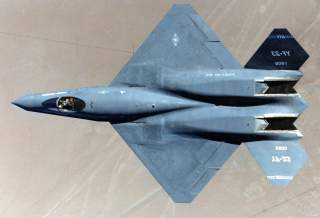 Important: If one were to look at the proposed naval version of the F-22 or the proposed AF-X, the resemblance to the F-52 is remarkable. Clearly, the game designers based the fictional aircraft on the old Lockheed concept designs.