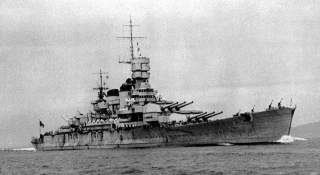 Key point: Rome dreamt of a new empire but ultimately lost the war. As Italy got more desperate, it turned to more creative measures to fight back.

Dr. Robert Farley, a frequent contributor to TNI, teaches at the Patterson School of Diplomacy and International Commerce at the University of Kentucky. He is the author of the Battleship Book and can be found at @drfarls. This first appeared in 2019.