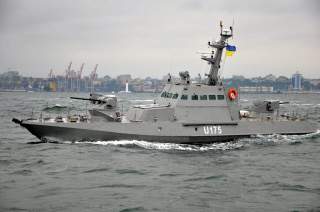 The recent standoff between Ukraine and Russia in the Kerch Strait and Sea of Azov has put the often-ignored Russian coast guard into the spotlight. Expletive-laden videos in Russian show a coast guard cutter ramming a Ukrainian tug, probably incurring damage in the process.

The Russian coast guard is an element of the border guard. In an administrative reorganization in 2003, the previously independent border guard was swallowed by the FSB. The FSB succeeded the KGB as a crucial element in internal intelligence, security and control for the Russian state.

However, the border guard has a long and illustrious history in Russia, where Border Guard Day is celebrated on May 28. The Russian coast guard is therefore both a law enforcement and a quasi-intelligence organization, although its roots and identity are in maritime law enforcement. The Kerch incident perhaps is a significant gatepost marking the evolution of the Coast Guard after 15 years of control by the FSB.

The level of working integration between the coast guard and the FSB structure above it remains uncertain, although the Kerch incident suggests a high level of control. In addition, air support for this operation likely came from military units, demonstrating further operational coordination between FSB and the military.

These aspects of the Kerch incident are interesting for both the potential future uses of the Russian Coast Guard for aggressive gray zone operations, and for questions about the United States and NATO countries’ engagements with the Russian coast guard.

The Kerch Strait operation reflects a new use of the Russian coast guard, more akin to Chinese or Iranian use of paramilitary and constabulary maritime forces and “lawfare.” As recently described by my colleague Conor Kennedy, China has been using its coast guard and maritime militia with great effectiveness to assert presence, conduct harassment and sabotage, escort and provide a pretext for defensive military action, and gather intelligence.

While harassment of U.S. Navy warships by Iranian small boats that are military lies firmly within mil-mil guidelines, using constabulary forces changes the dynamics of the use of force. Similar to Chinese use of nonmilitary coast guard and maritime militia to accomplish strategic objectives while maintaining “plausible deniability” and avoiding escalatory dynamics, Moscow may have deliberately chosen to use the Russian Coast Guard to act in the Kerch Strait.

The use of the Russian Federation Navy to close the strait would have been more likely to escalate because it would have been a military-on-military clash. In contrast, using the Russian coast guard made it a law enforcement issue rather than a military-sanctioned act of war. Russia is adept at using legal channels to pursue violations of justice. It now appears willing to use its coast guard for this purpose.

Onshore, the situation in eastern Ukraine has been stuck in a rut. Perhaps the escalation in the Sea of Azov was seen by the Russians as a means to break the impasse, using the flimsy legal cover provided by the coast guard. No similar terrestrial options exist, as the Russians have exhausted their plausible deniability for operations by police, volunteers and undercover “little green men.”

While Russian seizure of the Azov coast was anticipated, it was not expected to use its coast guard. Utilizing the Russian coast guard in this way opens a new range of options for Moscow, in the Sea of Azov and beyond.

Additional motivation to launch a coast guard operation, rather than using Russian navy ships, may come from the recent accident involving Russia’s PD-50 floating dry dock in Severodvinsk. The carry-on effects of losing that dry dock must be rippling through operational plans for the Black Sea Fleet. If the PD-50 accident is hastening the “green water” evolution of the Russian navy, a growing role and closer coordination with the coast guard is a logical step.

As it has tested different tactics in Syria and Ukraine, Russia could be evaluating the use of the Russian coast guard for action elsewhere. Where else might Russia deploy its coast guard in aggressive ways? On conceivable option would be against Norway in Svalbard, a demilitarized island group under Norwegian sovereignty adjacent to important Barents Sea fisheries.

With a substantial Russian population on Svalbard, there has been increasing speculation that Russia may launch gray zone operations there. However, the Norwegian and Russian navies and coast guards have a fairly effective working relationship and Russia could be far less confident in the outcome.

Despite the loss of a frigate, Norway’s confidence and modern naval and air capabilities vis-à-vis Russia are far beyond Ukraine’s. Moreover, the strategic calculus for Moscow in Svalbard is far riskier.

Coast guards are one of the last remaining effective areas of cooperation among NATO countries and Russia. The coast guards of the United States, Canada and Norway all engage with their Russian counterparts on soft security issues including fisheries enforcement, oil spill response and search and rescue operations.

Bilaterally, U.S. and Russian coast guards cooperate on fisheries enforcement in the Bering Sea and North Pacific across the shared maritime border. Therefore the Kerch incident will pose a challenging question about further cooperation between coast guards. One avenue of response may be to limit engagement by NATO countries’ coast guards with the Russian coast guard.

Moscow’s bold new deployment of the Russian coast guard this week puts further pressure on the strategy of isolation the United States and its allies are pursuing against Russia. It is also a troubling sign of future directions for Russian unconventional operations, and an indication of closer ties between the RCG and Russian Federation Navy.

The recordings released by the Ukrainian General Staff, which in fact might be intercepted Russian coast guard communications, include comments that Adm. Gennady Medvedev, head of the border guard, is “panicking” and “the president is in control of all that.” Medvedev may be apprehensive about his suddenly expanding role in the Russian constellation of aggression.