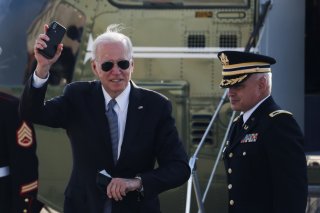 The full details of the Biden administration’s Fiscal Year 2022 Pentagon budget proposal are set for May 28 – the Friday of Memorial Day weekend.  While the choice of release date suggests a desire to bury the document, thereby reducing detailed news coverage and analysis, this public relations gambit is unlikely to work. There’s too much at stake.

We already know one thing. Total spending on the Pentagon and related work on nuclear weapons at the Department of Energy will top $750 billion, one of the highest levels ever – substantially higher than the peaks of the Korean or Vietnam wars or the Reagan buildup of the 1980s.  This is far more than is needed to provide a robust defense of the United States and its allies, especially at a time when other security challenges – from pandemics to climate change to white supremacy – are the greatest threats to human lives and livelihoods.

This is no time to be doubling down on excessive Pentagon spending.  Congress should scour the budget for places to reduce spending, and resist the calls for a three to five percent real increase by Pentagon boosters like Sen. James Inhofe (R-OK), Sen. Lindsey Graham (R-SC), and their allies at hawkish think tanks like the Heritage Foundation. That ill-advised approach would push the Pentagon budget to $1 trillion and beyond over the next decade, starving other urgent priorities in the process.  The battle over the final figure for the Pentagon will play out over the course of this year.  In the meantime, it’s worth considering what the Pentagon should be spending its money on, whatever the top line ends up being.

For example, leaks to the media have suggested the FY 2022 budget may actually increase purchases of the troubled F-35 stealth fighter jet, which at a projected $1.7 trillion over its lifetime is the most expensive weapons program ever undertaken by the Pentagon.  The F-35 has serious performance problems that make it likely that it will never be fully ready for combat.  It is enormously expensive to purchase, operate, and maintain. And the Government Accountability Office estimates that without major improvements nearly half of the fleet could be grounded by 2030 for lack of functioning engines.

The problems with the F-35 have mounted to the point where even the Air Force is considering retiring some F-35s early – because they are so costly to maintain and retrofit with the latest software. There have been reports that the Air Force is considering cutting their total buy of the aircraft by 10% over the next five years, and one article suggesting that the service might even consider cutting its total buy of F-35s in half, from 1,763 to 800.  None of these options is yet in play, but the fact that they have been discussed at all is indicative of the serious risks of going forward with the program as originally planned.  Given the questions swirling around the F-35 program, why on earth would the Biden administration increase its purchases of the plane in its first proposed budget?  Hopefully, the rumors to that effect will prove to be just that, and the FY 2022 budget will begin a glide path towards the phasing out of the program.

Another area of budgetary and strategic concern is the Pentagon’s plan to spend $634 billion over the next decade on building and operating a new generation of nuclear-armed bombers, submarines, and land-based missiles, along with new warheads to go with them.  The figure – contained in a new Congressional Budget Office (CBO) analysis released this week – is a 28% increase over the last time CBO looked at the ten-year costs of the modernization plan.  While much of the increase has to do with the ramping up of production on major nuclear delivery vehicles later in the decade, tens of billions more are related to expected cost overruns.  By 2030, nearly one in eight dollars in Pentagon procurement could be consumed by nuclear weapons.  It would be one thing if all of these weapons were needed to deter adversaries from protecting the United States, but they are not.