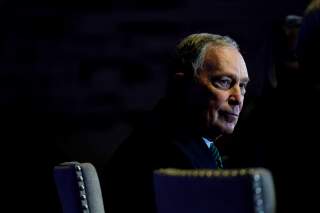 Democratic presidential candidate Michael Bloomberg has found himself at the center of a new controversy regarding his previous comments on the connection between race and crime.

In 2015, after serving three terms as Mayor of New York City, Bloomberg spoke at the Aspen Institute where he defended his implemented policy of stop-and-frisk. At the time, he requested that the institute not release the video footage of the event. But new audio has surfaced revealing his remarks.

“95% of your murders—murderers and murder victims—fit one M.O. [modus operandi] You can just take the description, Xerox it, and pass it out to all the cops. They are male minorities, sixteen to twenty-five. That’s true in New York, that’s true in virtually every city,” said Bloomberg.

According to the New York City Police Department’s Crime and Enforcement Activity Report for the year 2019, 62.4% of murder or non-negligent manslaughter suspects were black, while another 30.8% of suspects were Hispanic. Whites made up only 3% of murder suspects. The racial percentages are similarly distributed among those arrested for murder or non-negligent manslaughter.

Shootings, where any victim is struck with a bullet, also have large disparities. Blacks are the most frequent shooting suspects, totaling 74.4%. Hispanics account for another 22% of suspects. Whites only total 2.4% of those suspected in shootings. The arrest rates are a close match, as are arrests for a Dangerous Weapons Felony charge (where at least one firearm is recovered).

A 2018 census survey broke down New York City’s demographics as 31.9% white, 29.2% Hispanic, and 21.7% black. This makes the crime statistics even more disproportionate in one direction.

“You want to spend the money on a lot of cops in the streets. Put those cops where the crime is, which means in minority neighborhoods,” continued Bloomberg. “So, one of the unintended consequences is people say, ‘Oh my god, you are arresting kids for marijuana that are all minorities.’ Yes, that’s true. Why? Because we put all the cops in minority neighborhoods. Yes, that’s true. Why do we do it? Because that’s where all the crime is.”

The multi-billionaire used this as a lead up to justify his policy of stop-and-frisk, which received national controversy. “And the way you get the guns out of the kids’ hands is to throw them up against the walls and frisk them…so they don’t bring the gun,” Bloomberg explained. After spending many years defending the policy against critics who claimed it had a racial bias, Bloomberg recanted his view and apologized in November as he entered the Democratic presidential primaries.

This news comes at the end of what had previously been a good week for the $300 million Bloomberg campaign. A post-Iowa Quinnipiac poll found Bloomberg with the second-highest share of the black primary vote, at 22%.